Dr Lager and I had offered our services to my local pre-school as hosts of the major fundraising event for the year, the annual Trivia Night. The good Dr and I have been keen collectors of trivia, or spermologists as they are known, for many years and have, in fact, spent many years storing away the most useless pieces of spectacularly little known facts. Often at the expense of apparently ‘important’ facts like anniversary dates, school pick ups and doctor’s appointments. Well, something’s gotta give.

The night attracted just over two hundred people, or twenty tables plus a handful of volunteers to assist us in collecting answers, handing stuff out, mopping our brows, that sort of thing. Some cracking good questions were posed to the crowd and the pre-school made nearly twice as much coin as they had the previous year. A good night in all.

And it was interesting to see how the night panned out. Something strange and inexplicable happened. Part of our fundraising strategy included a provision for teams to ‘buy’ an answer for $5 each round and to ‘challenge’ an answer for $5 ach. As the night went on, more challenges were made! And some of the challenges were more than just optimistic – they were fanciful! Could this phenomenon have been anything to do with the parallel phenomenon whereby the number of full beers was slowly replaced by an equal number of empty bottles on each table? Could this cosmic event also have been responsible for our jokes getting cleverer and funnier and better received?!?

We ended up being ‘called’ on just one question for the whole night and the fundraising was boosted by nearly $200 on the challenges and purchases for the night. I have included some of the more popular questions below for you to have a go at. To simulate actual trivia night conditions, try drinking two or three beers in between answering each question. To buy an answer send $5 in a small unmarked bill to; “I’ve had Too Much To Drink, c/o beerblokes, Australia.” Cheers.

From General Knowledge - How many male suspects are there in Cluedo?
What is the first sign of the Zodiac?
From Sport – Which nation enters the arena first in the Commonwealth Games?
Where were the 1956 Melbourne Olympic Games equestrian events held?
From Movies – How many Bond films have a single word title?
What is Dirty Harry’s surname?
From Pop Culture – Which social network website did Mark Zuckerburg found?
In Texas Hold Em Poker, what are the two cards dealt to each player called?

So you are not tempted to look at the answers straight away, here are some pictures of beer to distract you while you think ... 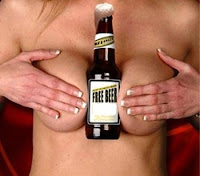 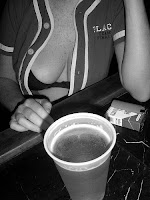 Email ThisBlogThis!Share to TwitterShare to FacebookShare to Pinterest
Labels: trivia