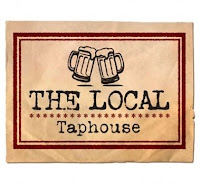 It is with just a little trepidation that I pen this piece because I feel like I’m letting the world in on what should be a guarded secret; the best beer bar in the whole wide world ever. There, I said it.

The place is called the Local Taphouse and it lives in East St Kilda in Melbourne just a drop kick and a half from the city.

Truth be told, the beer lover in me says “Tell ‘em all!! Shout it from the highest rooftops and whatnot!!” for this is a place that anybody who calls themselves a beer drinker needs to visit at least once in their beery lifetime. For many it will make them realise that they really knew very little about beer and for others it will be the oasis that they have been seeking in the crowded desert of mainstream lager suppliers.

And that’s not to say that the Local Taphouse is in any way, shape or form an elitist establishment – quite the opposite. Welcoming and relaxing, inviting and warm. Mind you, as I hit the doormat the thermostat was in low single figures so the ‘warming’ bit might have had something to do with the chilling wind that was pushing me towards the door! But for the other elements that make this place special all credit to the owners, management and staff.

Any good hospitality venue, be it a restaurant, bar, cafe or beer barn, relies on its people for its success and The Local Taphouse has plenty of stock in this respect. That’s a good thing, too, because the other thing of which they have an abundant supply is beer. Good beer. Very, very good beer.

20 taps downstairs and another 20 upstairs and we’re talking some serious beer guys running this place. Four taps feature ‘showcase’ beers, single kegs of something special, ‘out there’ or hard to find and the rest are grouped by style and cover every taste and temptation. From pale golden pilsners to silky rich stouts and something nice for everyone in between, the only problem is deciding on just one at a time! Fortunately the ‘beer tenders’ allow you plenty of relaxing thinking time to plan and plot out your nights’ beer journey.

Now, any place can plumb a dozen taps and keg up some nice beers, but that don’t make a great beer pub on its own. As I have often posed in this blog; “Where’s the love?!” Making a place LOOK like it’s a good beer place is not even half the equation. Beer is, afterall, a people drink and it is the people who drive a good place. The Local Taphouse is a shining example of how hiring the right people, training them well and encouraging them, and giving them the tools to do the job results in a customer focussed, attentive and friendly staff delivering a consistent and enjoyable experience every time.

I could keep on about this place, and I suspect that I will in further posts, but until then I suggest you get out there for yourself if you can and see what can be achieved in the New World of pubs, bars, restaurants and all that stuff. Tell them you read about it here and they’ll probably nod knowingly and whisper quietly; “Professor WHO?”

The Local Taphouse is at 184 Carlisle St, St Kilda East just between Capel St and St Kilda roads.
Links to the website and beerblog can be found in my Drinking Mates list.