Pass me my trumpet, please 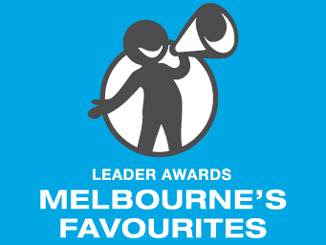 They run a customer vote-driven program each year called Local Favourites where people can nominate and then vote for their favourite shops, businesses, services and stuff. Restaurants & Cafes is one such category and The Courthouse Restaurant in Berwick (very capably managed by chef and owner Tim O'Brien along with yours truly) was sufficiently supported to win last year. Then we backed it up with another win this year which was nice recognition for a lot of hard work. I like to think it has a lot to do with the extensive local and international beer list that I have developed but the food and service might also be a small factor.

Anyway, back to the 'trumpet blowing'. This year the awards were expanded and the 17 restaurants that won their Local Favourite award went to the Hilton on the Park last night to compete for the title of Melbourne's Favourites - the Best of the Best.

And we won. Number One. The Best. Most Votes. El Champion.

Nice to be rewarded and a nice feeling to know that we shared the glory with our staff and our loyal guests. As we toasted our success with an Innis & Gunn, Tim and I both realised that the bit of publicity that would follow wouldn't hurt but the pressure of staying on top was going to be even harder next year.

Email ThisBlogThis!Share to TwitterShare to FacebookShare to Pinterest
Labels: Innis and Gunn, The Courthouse Restaurant