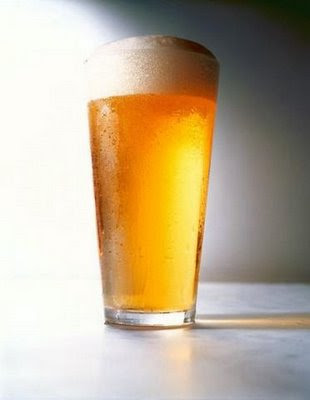 According to a recent survey, Australian women believe that it is beneficial for their blokes to go out and have a beer with their mates in order to improve their romantic relationships. I haven’t had the chance to ask Mrs Pilsner if this is true in her particular case, but I’m guessing she hasn’t bought shares in the company conducting this survey. Which just happens to be Cooper’s Brewing Company. The ones who make beer.

The cynic in me might suggest that a brewer conducting a survey concerning the increased consumption of the manufacturer’s own product is, well, a bit, what’s the word ... cynical? To be fair, I think that Cooper’s might just have commissioned, rather than conducted, the survey to promote their new brew but it’s worth pondering just the same.

I’m guessing that Mrs Pilsner was in the 8% who said they thought their bloke spent enough time already drinking beer with their mates, thank you very much rather than the 78% who said they thought their romance would improve if the bloke spent some extra quality Man Time with his mates. The research doesn’t specify if the girls’ romantic improvement would occur with the same bloke she was happily sending off to the pub.

The other figure I found amusing was the one which showed that, while 78% of ladies were all for more Man Time, only 61% of blokes felt they needed more Man Time. Perhaps even more surprising was the 70% of blokes who believe beer is a key ingredient in catching up with their mates. What are the rest of you soft-chops thinkin’?

Cooper’s want to make today (Friday) “National Day of the Man Lunch” reflecting the growing trend for blokes to feel the necessity for catching up with mates for lunch and beer for a bit of good ol’ male bonding away from the women folk. After my second Beer Diva Dinner and plenty of Ale Stars gatherings, can I just suggest that some female beer company (about half of both group is girls) is not the worst thing to happen to a bloke?

Hmmm...I wonder if they are going to do a survey to find our whether blokes think that their female chief squeeze drinking beer with her mates is of any advantage!

Looking forward to your latest Ale Stars wrap Prof...drinking good beer vicariously...the beer in Central America is plentiful and cheap, but not super good [the food close to makes up for it!].

G'Day Dan,
Missed you last night and the wrap is almost ready to post as we speak.