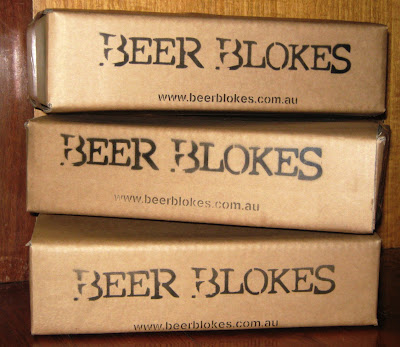 “Would you like to present a one hour stage show about Craft Beer each day at the Herald Sun Home Show & Garden Ideas Expo?”

That’s how I remember it happening, anyway.

But it’s true. Prof Pilsner will present the only beer-related show on the Food & Wine Stage at The Home Show next week. Working with Tim O’Brien, Chef and owner of The Courthouse Restaurant in Berwick, I will showcase three of Melbourne’s best known Craft Beers matched with food along with a bit of beer history, tasting guides and just possibly a little bit of fun.

We are promoting our sessions as “The Man Creche” where frazzled partners can leave their little men safely for an hour while they look at curtains carpets and co-ordinates and we’ll see that they get some TLC – Tons of Lager and Cheer. After all, this is Beer Blokes.

The Home Show runs from Thursday August 19 till Sunday the 22nd and our show, “The Beer Experience”, begins at 4 o’clock on Thursday and Friday and at 3 o’clock on Saturday and Sunday. We also have a stall at the Show just near the stage and with beer tastings available it will be Beer o’clock ALL THE TIME!!

Hope to see you there. For those Ale Stars that I’ll catch up with on Tuesday, come and see me and I might have a couple of free tickets left over for you.

Did I mention I will be handing out FREE BEER?

See you there – and wish me luck.

P.S. If any Craft Brewers have a poster, flyers or any other sort of promotional material that they would like me to use to plug their gig, let me know. Happy to fly the flag for Good Beer!
Posted by Beer Blokes at 10:23

No, Katja, lucky you - if you're at Ale Stars tonight I'll have some front row A-Reserve seating tickets for the Show for you!

... by which, of course, I mean TOMORROW night at Ale Stars

I don't come to Ale Stars anymore... too many people... hence you didn't realize we don't go anymore. Haha! We need to catch up again though...