More beery fun at The Plough 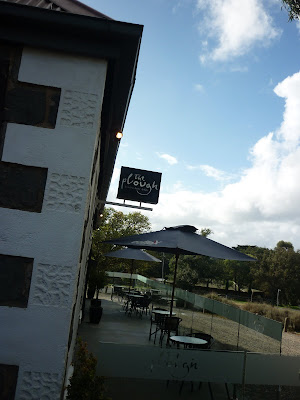 You may recall the fun and frivolity that prevailed at the Plough Hotel in Myrniong when Beer Blokes hosted their first formal Beer Dinner back in February. 86 locals – and ‘local’ up Myrniong way means everything between Ballarat and Melton – turned out to enjoy Prof Pilsner’s ‘Introduction to Craft Beer’ with five different styles represented.

The very generous Lion Nathan rep, Paul Mitchem (no relation, slightly different spelling, top bloke, can drink a beer!) allowed Chef and Licensee Mark Mills to turn over the contracted taps to beers from Bridge Road Brewers, True South, Mountain Goat, Holgate Brewhouse and Arctic Fox. To say we challenged the punter’s perceptions of just what beer can be is an understatement.

By way of a reciprocal arrangement I was invited back by Paul to present a selection of Lion Nathan portfolio beers matched again to Mark’s simple but sophisticated country fare. Well, I assumed fairly early on that the last dinner had not dampened the enthusiasm as 102 beer lovers turned out this time around for some more small town hospitality.

And they know how to do hospitality out that way as evidenced by the fact that I was greeting people as they arrived and shaking hands with blokes who had somehow already managed to secure a schooner of the on-arrival beer, Kosciusko Pale Ale (number 52 in The Critics’ Choice) in the preceding seconds. The house rules for Beer Dinners at The Plough are quite clear and once the first keg was emptied the guests were invited to take their seats for their dinner proper.

Spicy fried calamari was paired with Knappstein Reserve Lager (number 5 for those playing at home) and the crisp richness of the beer was a pleasant partner for the bright flavours of the food. The mix of first-timers and returning guests was about fifty-fifty but fortunately the ‘regulars’ had forgotten most of my witty gags and I was able to recycle most of the really good ones as we moved into the second half of the dinner.

Before that, though, we were treated to something a little different and something many (if not most) country pub restaurants would be shocked to find on a menu. Mark had taken eight litres of James Squire Pilsner down to his sorbet/ice cream producer and returned with the most luscious, creamy but sharp pilsner sorbet you could imagine. The sorbet shone well enough as a palate cleanser on its own but then the beer just seemed to appear from nowhere as the sharpness and sweetness began to fade. Just the right level of bitterness then washed over the tongue to cleanse leaving the unmistakable memory of fine malted brew.

The Chef even matched the sorbet with jugs of the aforementioned pilsner. That’s hospitality for you. 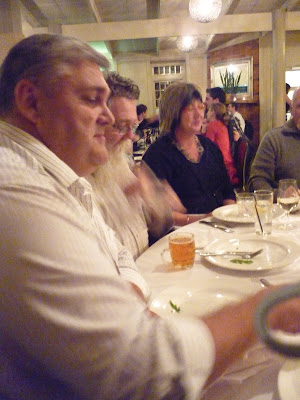 These treats were mere precursors to the main event – or, more accurately, events – as the confit duck with braised red cabbage arrived hand-in-hand with Mac’s Sassy Red representing the New Zealand arm of Lion Nathan and therefore NOT featured in The Critics’ Choice but worthy of inclusion if a Kiwi version is commissioned. Yes, I’m available as Editor at Large as required. Contact at the usual outlets.

The MAIN main course featured Beef Bourguinon which had spent the best part of the previous day bathing in two cases of red wine before being drained, char-grilled, rested and re-heated for our dining pleasure. It matched a treat with the Mad Brewers Scribbly Gum Lager whose smoky backnotes and crisp finish mirrored the caramelised edging of the beef and cleansed the palate as well. A masterful match.

Dinner isn’t dinner without dessert and an orange and mandarin parfait (“everybody love parfait!”) sat beside the citrusy sharpness of the Hahn White Belgian styled witbier. The staunch sweetness of the beer managed a respectable partnership with the creamy sweet dessert and many were seen attracting the attention of the serving staff for extra helpings. For those wondering, a quick poll showed that the Scribbly Gum Lager was the pick of the night. Paul and I both breathed rather large sighs of relief as we had earlier pegged that as the ‘stumbling block’ beer of the night. Turns out the beer world is just full of surprises, eh?! 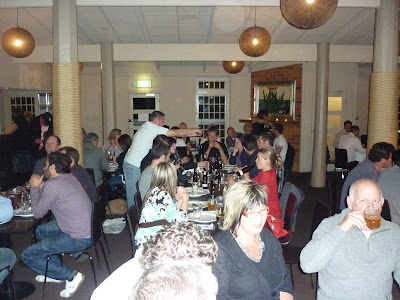 As the night wound down and the town taxi (that’s real, not a euphemism for any particular local) made its third round trip I sat with a handful of regulars and chatted all things beer. As one local identity remarked, “Mate, it’s not a bad effort. You got a f@#*&n’ town with a f#@*&n’ population of about 230 and you manage to get 102 of ‘em in to a pub in Shitsville on a f@#*&n’ Wednesday night for a f#@*&n’ Beer Dinner! That’s pretty f#@*&n’ good!”

His mate turned as he rested his pot on the bar and pulled him up, “Ease up, Shags. Remember, it’s actually OFF the road to Shitsville.” 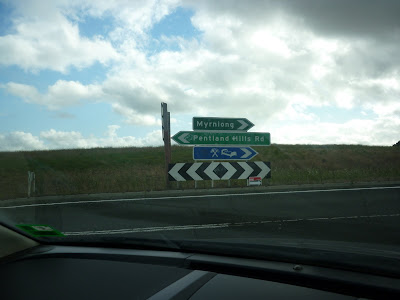 I’m back again for two Beer Dinners in June, one as a fundraiser for the Myrniong Primary School which is the OTHER building in Myrniong apart from the pub and I can’t wait. Why don’t you join me? They love welcoming folk from the Big Smoke.