Seeing something in a new light 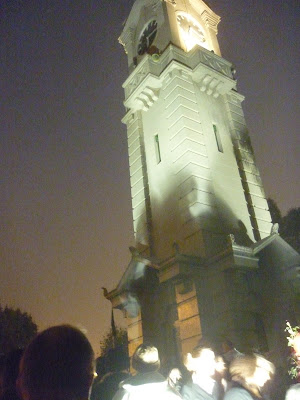 Whilst I have never served my country in time of war and have little real family connection to the ANZAC tradition I have a long ‘history’ with the day itself.

As a preschooler I can remember being taken into town to The Shrine of Remembrance on St Kilda Road rugged up in tartan dressing gown and Grosby slippers. As a schoolboy I can recall learning about the birth of the ANZAC legend and the forging of the Nation’s identity in fire on the shores at Gallipoli. I remember learning of my Poppa’s exploits in Papua New Guinea during WWII and how he made a good earn putting his Melbourne City Council skills to good use recycling military leftovers into souvenirs. 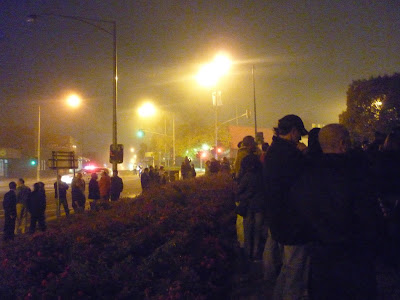 In secondary school I felt caught up in the apparent sudden backlash against ANZAC Day and the argument from the Left that the day was less a commemoration and more a glorious celebration of war, white men and the subjugation of women. I know I learned the ‘moratorium’ from driving past anti-war graffiti in the city. This was followed (seemingly overnight but I’m sure the years have dimmed the accuracy of the memory) by a groundswell of fervent devotion as the public came to realise that the last of the original Diggers would soon disappear. It was as if a switch had been flicked and it became something of a pleasant duty to attend a commemorative dawn service on ANZAC Day.

And so it was in this morning’s foggy dawn that my 15 year old and I attended a local RSL service along with some thousand others. No more than ten years ago we would stand three rows from the clock tower with no more than three or four rows of people behind us. We would arrange to meet friends at dawn and have no trouble finding them. Over the years the crowd has grown to the point where the organisers don’t bother asking the crowd to pay their respects after the service so as to estimate the numbers. We took up a spot just off the footpath, two figures in the mist standing in the middle of a ‘people soup’.

Talking to a bloke who must have seen off his 80th birthday a while back got me thinking about many things, not the least of which was the sacrifices made, the friendships born and the mates left behind. But that’s not for here; I also thought about the way in which many of these blokes will spend the day. 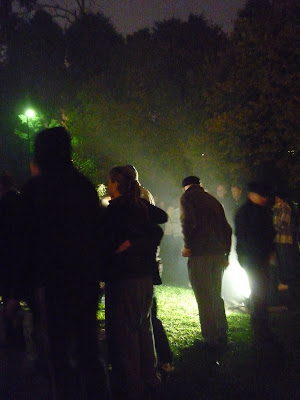 They will play two-up and tell tall tales. They will fondly remember the larrikins and the work-dodgers, the leaders and the lost boys. They will proudly wear their company colours and their decorations but they will not ‘talk up’ their own achievements, nor will they whinge about the privations and hardships they survived. They will do all this – and more – as groups, as teams, as companies and battalions but, more importantly, as comrades. And they will more than likely do it over a beer.

And the beer will more than likely be VB or Carlton Draught. Many were already onto their second or third pony of the stuff at the RSL bar by the time we got back to our car. It will be significant to them. It will mean something. And here’s the thing; for all the discussion and debate and sometimes anger over what many see as a glib or opportunistic promotion by CUB to ‘cash in’ on ANZAC Day with their ‘Raise A Glass’ Appeal and the money it donates to Returned and Services Leagues around the country, it means something.

It may not be what I would choose as my everyday beer nowadays (although there was a long time for which it was) but if I had been able to go back for the Gunfire Breakfast at the RSL and the bloke I had met earlier handed me a foaming pot of ice cold VB, I’d be honoured to share one with him. No doubt as many kegs as there are surviving diggers will be emptied in bars and clubs around the country today and I doubt many will be Strong Belgian Ales or Double Imperial Russian Stouts.

But as you down the next glass of your current favourite craft beer, spare a thought for the blokes who felt it their duty to fight against tyranny and injustice, who gave up a fair bit of their youth and beyond and then returned to rebuild a country where today we enjoy the freedoms so often taken for granted.

Have a look at VB for what it is for so many blokes. It’s a brand, not just a beer. It’s a memory and a sign post and it’s quite possibly what gave them the edge in dire times. Today it is inextricably linked to binge-drinking and bad behaviour, to bogans and bar fights, to cheap-and-nasty. It is called ‘macro swill’ and ‘wife beater’ and it is used as currency when describing the bottom of someone’s barrel. And maybe that will never change for some.

Maybe for one day at least we can look at it fondly, for their sakes. Have a beer today just to be thankful. Even if it’s to be thankful that we have plenty of good beers other than VB with which to toast.

But I’m going to have a VB.