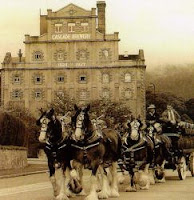 While sipping on some very fine German celebration beers at The Local Taphouse during the last Ale Stars meeting, I received a text message from Mrs Pilsner. She had found a flight offer on the internet and wanted to know did I want to go to Tasmania for a week in November? Hmmm, Tasmanian beer, some very fine craft brew operations (presumably with cellar door sales and beer people to chat with) some very fine food and produce, beer, markets, things for the kids to do and beers?!?

I put about the same amount of thinking time into the question as it took me to put my beer down and replied in the affirmative.

I had been planning a trip to The Apple Isle for a while and this nice surprise came as, well, as a ... a nice surprise. I have only ever had the opportunity to visit once before and then for only a couple of days so this time around I can plan ahead a bit and squeeze a few things into the itinerary. And I can squeeze a few very nice ales into my mouth as well! Tasmania may be small in size and in population, but when it comes to fine beers, as a state they are right up there.

I have already contacted Ashley and Jane Huntington at Two Metre Tall and have talked my way into a quick visit, a chat and an ale despite the fact that they are still building their brewery and don’t even have much beer around! Their deliciously named ‘Cleansing Ale’ was an absolute cracker and I have been keen to get a chance at working my way through their range of beers named after Tasmanian rivers! The website is currently also under construction but I will post a link to it when it emerges from the ether.

Moo Brew is another on the list and has been described by Willie Simpson as ‘probably the best appointed microbrewery in Australia’ which is good enough for me. Moo Brew is an extension of the Moorilla Estate winery and has a set of four standard beers in the range plus some seasonal and ‘one offs’. A terrific website allows you to see just what kind of care and attention goes into the brews. Have scammed an invitation to bend the ears of the blokes running the show down there as well. Report to follow!

At this point I need to make a point of just how friendly, approachable and ‘real’ these beer people are. I have often fired off a quick e-mail to check on a fact or propose a visit or just to thank a brewer for a nice drop and on every occasion I have received a reply that was not only genuine and appreciative but quick as well. Considering how labour intensive a small brewing operation can be, this is no small feat. Thanks to you all, guys.

So for the week of the Melbourne Cup holiday the Pilsner family will be heading south across Bass Strait for a relaxing, soul re-tuning, battery recharging and beer filled time. Could be a good chance to add some beers to my list of ‘Mo-Vembeer’ specials. I am guessing that the Moo Brews have already booked a place. I will report on my findings as soon as I can be bothered! And for those who don’t know, here is a ‘map of Tassie’. 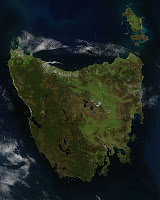