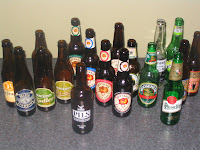 The Beer Blokes have done their bit to help raise awareness of men’s health by participating in the first annual and completely unofficial celebration of the month of Movembeer.

The purpose of Movembeer is for blokes and blokettes who couldn’t or wouldn’t or shouldn’t grow a mo for the month to drink to men’s health instead by selecting ‘MO’ beers during November. These beers could be ones that began with the letters MO, ones that had MO prominent in their name, were of a style beginning with MO or could just be very loosely linked in any way, shape or form, to the letters MO. Simple.

The obvious inclusions were beer brands such as MOosehead & Birra MOretti and brewers like MOuntain Goat and MOnteiths. The broader category beers like MOnastery took just a little reworking to slot into a spot but were a welcome addition. See if you can spot the modus operandi – or MO – used in choosing the following beers for MOvembeer. 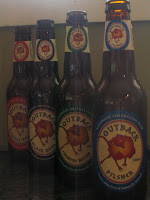 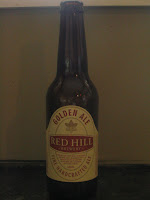 From Red Hill Brewery on the MOrnington Peninsula. That’s clever isn’t it?!

Corona is the highest selling imported beer in Australia – why, I can’t tell you*, it is so thin and pissy that the lemon is the only thing giving it any flavour and it is a bit like Carlton Cold in that it is obviously designed for people who don’t like the taste of beer – it nearly killed me to A) actually buy it and B) pay $3 for it. Can you believe that? Three dollars for Corona!!? Oh, and C) I had to drink it!

Miller Chill is the latest wet dream of some bored or misinformed marketing plonker with a huge budget and no respect for beer. Brewed in the Chelada style (Mexican for Lager wank?) with ‘added flavours’ this odd brew is made with the addition of lime and salt. It might have been a good idea to have added beer, too. Sugary, syrupy lime flavouring and a hint of beer in the very distant background makes this a beer that you would perhaps drink only severely chilled and served with hugely spicy Mexican style food. The strength of the food may dull the disappointment of the beer.
But it probably won’t.

Have you worked this one out yet? Mexican ... unusual in their unexplained popularity and taste respectively ... odd ... Mexican Ordinarys! But I know you want MOre!!

A bit like the Miller Chill but nowhere near as bad in taste or concept, this is another example of a beer made by a marketing department rather than by a brewery. A supposed Pilsner – by calling it Pils, they got it half right – it falls short on a few counts. It uses Saaz hops, like a pilsner should, but they must’ve run out half way through. By all means use Saaz hops, but if you are only going to run them past the kettle for effect, then don’t suggest it’s a pilsner. As a result, the bitterness, or lack thereof, is a let down. It’s not a terrible beer but they really should have consulted a brewer before committing to a full production run. As a result, this beer goes down as a Marketing Oddity. 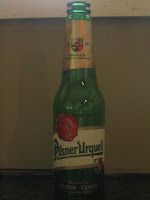 This is my favourite. The beer is one of my all time favourites as well but in this case I mean the element of cleverness that I have employed to squeeze this brew into the Movembeer Movement. Pilsner Urquell is the first pilsner. Ever. It was brewed in 1842 in the town of Plzen in what is now The Czech Republic. Back then the region was known as Bohemia – hence Matilda Bay’s Bohemian Pilsner – and it sat quietly in the kingdom of Morovia. The English translation of Urquell is ‘source’ as in the beginning, therefore Pilsner Urquell is the original. From Morovia. Morovian Original. How good’s THAT!?

That’s right, My Own!


*Maybe Corona is so popular because the import costs are secretly being paid by the Australian Citrus Council who sell more lemons and limes to stuff down Corona necks than fat chicks have had Macca’s or the devilishly private but subliminally effective lobby group called “Don’t Let Scurrvy Come Back”. If anyone actually knows why it is so popular, without big budget marketing campaigns (can you recall a Corona ad on telly or radio?), please let me know. Seriously, I want to know.
Posted by Beer Blokes at 09:08

Email ThisBlogThis!Share to TwitterShare to FacebookShare to Pinterest
Labels: Movembeer