Bringing a taste of Tasmania to The Plough 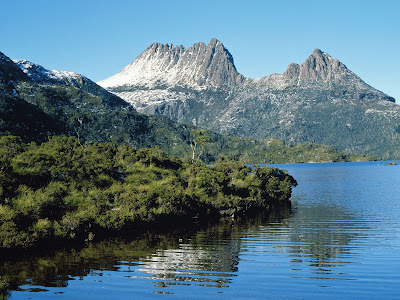 The Plough Inn in Myrniong, as discussed here in previous posts, is not just a watering hole in the middle of nowhere. To be fair, it’s actually off the road to the middle of nowhere and that’s part of its charm. It is very much a part of the local community in a way that many of us can only imagine pubs of old were.

It sits on a gently sweeping bend in the road and shares the local landscape with Myrniong Primary School #487. Apart from the sprawling farms and cosy houses nestled into the hills there is not much else in town but the Plough and the school. Serving dinner from Thursday to Saturday with lunch a few days a week it is rarely anything but filled with people enjoying convivial company, a wide range of beer with four taps and plenty more in the fridge and food worth travelling great distances for.

The local primary school was the grateful recipient of the Plough’s generosity and a rather large chunk of cash when it shared the spoils of the most recent Beer Dinner. Beer Blokes was on hand to host the evening of fun, food, frothies and fundraising along with Lion Nathan rep, Paul Mitchem and very special guest, Brew Team Leader Stephen Jensen from Boag’s in Launceston.

Without getting into the pros and cons of Brewery Tap Contracts here, it must be said that owner and Chef Mark Mills is doing all he can to bring a range of good beer to his country clientele. In what can be described as a fruitful partnership with Lion Nathan’s Paul Mitchem, The Plough has a commercial tap arrangement with the big brewer which sees everything from Boag’s Draught and Beck’s to James Squire Pilsner and Hahn White rotating through taps that once saw just two mainstream brands poured.

And, in what can only be described as ‘unusual’ the contract allows for Mark to swing the taps over to anything his heart desires and wallet affords in order to promote beer and food through his regular Beer Blokes-hosted Beer Dinners. How nice is that?! So, in order to present a themed dinner, Mark can tap a variety of local or international beers other than those wrapped in the contract.

On this occasion, though, the theme was ‘A Taste of Tasmania’ with five beers from James Boag’s & Son paired with five delectable courses of Taswegian inspired treats pulled fresh from the sea, plucked from the fields and reared from the pastures of The Apple Isle. As always, the locals showed their support in numbers and the dining room soon filled with eager beer lovers and expectant foodies. 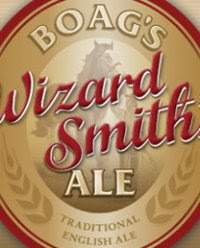 But if you had the feeling that the logistics department at the brewery struggled with the mechanics of sending those cases across Bass Strait, it was nothing compared to the troubles connected with serving the next beer. Wizard Smith Ale is a cracking interpretation of a flavoursome English style ale named for a loyal Boag’s employee who saved the company draught horse fleet from rising flood waters and received for his efforts a lifetime tenure at the brewery. Again, it is a beer which struggled to find mainstream acceptance and was consigned to the beery scrap heap of history until the locals revolted and the company relented. Like the XXX Ale, it is now available in Launceston only and here is where the trouble begins.

It seems that sales and delivery codes were either non-existent or long forgotten by those charged with ensuring the safe delivery of orders and not once, but twice, was the Plough invoice rejected and the beer returned to the store. Once the powers-that-be were convinced that both The Plough AND the Wizard Smith did, in fact, exist, the kegs were dispatched. In rather large quantities, too, so if you would like to see just how good a local mainstream version of good honest session ale can be, head on off to The Plough in the next few months. Actually, given the vigour with which the locals took to this ale it might be gone in the next few weeks. All 9 kegs.

One of the key people responsible for brewing this and the other Boag’s beers is Stephen Jensen a brewing Team Leader and a genuinely nice bloke. (Are there any other kinds of brewers, really?) Stephen happened to be on holiday (many Tasmanians come to Melbourne during winter chasing warmer days – though not many like Stephen who hails originally from Ipswich) and was more than happy to meet and greet the folks at The Plough and to answer their brewing questions.

A sea voyage on the Spirit Of Tasmania to rival that of the original trips made by India Pale Ales saw Stephen pull up a little dusty and wanting for sleep but, true to his craft, he pushed on and did his employer proud. Having the man who brews the beers presenting the beers makes for a great value experience for the novice and expert alike and it was rather later in the night than planned when Stephen finally left the bar.

All in all, Myrniong Primary School raised enough cash to ensure that all attending the end of year concert will do so for free, several blokes proved that bidding (in some cases against themselves) for Boag’s merchandise and a case of beer is not best done towards the end of a Beer Blokes Beer Dinner, the locals got a great taste of the food and beer of some of Tasmania’s best producers and – most importantly – the role of a proper country pub in its community, was further established.

.....sorry i should probably let you know that im in NSW.