One ‘mo’ excuse to have a beer 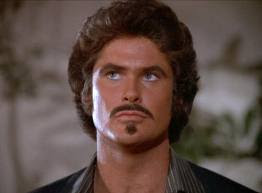 A year after the official Movember movement began and lots of blokes started growing moustaches and raising money for men’s health, Beer Blokes offered an alternative. MovemBEER was born.

As we are no doubt aware, some blokes just look plain dodgy when they don a Crumb Catcher and get out in public. From Adolf Hitler to Ivan Milat and Tom Selleck some men just shouldn’t wear a Soup Strainer beneath their nose.

MovemBEER has been offering a suitable and non kiddy-scaring alternative to growing selective facial hair. Don’t panic, you can still raise money for the official Movember or you can donate directly to Beyond Blue or any other charitable research foundation you choose. It’s just so simple.

I’m glad you asked. You like to drink good beer, don’t you, that’s why you’re here?

Good. MovemBEER is all about drinking good beer.

Ooh! You’re good. Yes, there is a catch but it’s a small one. The beer has to fit the theme.

It’s not, silly. Just drink beers that have ‘MO’ in them somewhere or somehow. For example; MOosehead, MOretti Pilsner or MOuntain Goat. If you think a little laterally you can also include more obscure titles like any of Red Hill’s beers because they are brewed on the MOrnington Peninsula or any of Mornington Peninsula Brewery beers because, well, it starts with ‘MO’.

In years past I have managed to squeeze just about every beer I have downed into the ‘MO’ framework. Some are easy, some you need to look at by squinting your eyes and tilting your head while emitting a low hmmmmm – but you can do it.

Whatever you spend on these beers you agree to donate to either of the following;

A mate who is doing the ‘other’ Movember

For those looking to raise money and awareness without letting loose on the street many blokes who look as though they should be treading a well-worn path in a maximum security exercise yard, “Give That They May NOT Grow”.

If you are struggling to think of beers to fit the Modus Operandi (get it? M.O.??! Heh!?!) here are some links to the last four years of Beer Blokes MovemBEER posts to inspire you.

Great post! I love to go have a drink after work every now and then, but it's difficult when I'm trying to exercise and maintain a figure. It's so frustrating sometimes. I found a humorous take on drinking and working out and stumbled on your blog searching for more thoughts.

Nice post. I also like to have a drink once in a month. I usually buy Asahi Beer online - free Delivery in Singapore.

If you are searching for your favorite brands or discovering new ones you are at right place which delivered directly at your doorstep. What are you waiting for? Use our alcohol and beer delivery service in singapore now! Give us a call on (+65)62406822 or visit our site (www.alcohaul.sg) and order online today!

Liquorstore.com.sg have been in the alcohol industry for years, coming together to create this portal - providing the best price and service for the new age customers!
Beer Online Delivery

Nice post you have shared here thanks for sharing keep posting and keep going on. Here one or more providers who provide Alcohol Delivery in Singapore in just 45 minutes.

If you are searching for your favorite brands or discovering new ones you are at right place which delivered directly at your doorstep. What are you waiting for? Use our beer delivery service now! Give us a call on (+65)62406822 or visit our site (www.alcohaul.sg) and order online today!