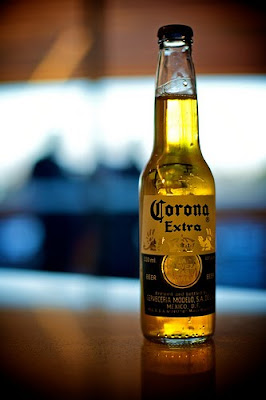 The madness of the festive season as it relates to a fully booked restaurant has left me a bit short of time and inspiration for posts of late, and for this I apologise.

As I reflect on the past month or so I am reminded of some lessons learned long ago which seem to hold true today. In other words, the more things change, the more they stay the same.

We had several occasions over Christmas where a corporate group had booked out the back room, the front room or the whole restaurant for the company staff and their partners. It was fascinating to see how different groups had completely different nights despite all sharing similar ‘conditions’. They all had an ‘open bar tab’ policy while some went for the full 3 course sit-down affair and others chose to ‘let the cattle roam’. Free-range festivity, if you like.

One particular group who have been a regular booking for a few years now had the whole place to themselves again and a limited bar until, at a time decided by the boss, spirits would be available. They have a three course meal and we make sure each year that we feed them up early before they are able to put away too many beers. They decide beforehand on our full range of local beers – plus Corona. That means everything from VB to Fat Yak, from Carlton Draught to the James Squire range, Beez Neez and Boag’s Premium. But guess what? Yup, not a single beer leaves the fridge other than Corona.

And each year it’s the same. A few of the lads just have one or ten too many and things can get just a little bit cloudy. And each year when it comes to settling the bill, the reaction is the same; “How many Coronas did they put away?! Is that number RIGHT?!” The number this year, for those playing along at home, was 96. The group was 56 people, roughly half male and half female with a handful of soft-drinkers. So how do we allow so few blokes to drink so much, I hear you ask. Well, the simple answer is; WE DON’T.

And here’s the thing I want to talk about. And no, I’m not going to bag Corona or cast aspersions on those drinking it. This is more than that. Each year when the boss does ‘The Corona Count’ he finds it harder and harder to believe that his boys would drink so many. As I said, they don’t. You see, there are two elements at play here.

First, when a group has a full sit-down dinner they tend to keep their beer close by (most even drink from a glass!) and they drink until they have finished the beer and then move onto the next one. When they are allowed to roam they go outside for a smoke and a chat and put the beer down. Wherever. When they come back inside they just front the bar or a waiter and get another. Why? That’s my second point.

When you put a ‘Zero Value’ on something, most people will, indeed, give it zero value. In other words, when the product is free, there is far less concern for the product. None of these peanuts cared about leaving a half full (or worse) beer on a ledge, on someone else’s table or on the ground outside – because they hadn’t paid for it. We even had one bloke come up to the bar, order four Coronas, nick off to the toilet and return half an hour later and decide the beers were too old and ordered four more. What do you do?

For some it is an opportunity to tell their mates how much they ‘drank’ and for others it’s a case of ‘striking while the iron’s hot’ and drinking as though it’s someone else’s money. Which, afterall, it is.

The fact that Coronas were on the ‘free list’ probably contributes to the wastage – do these blokes just want to be seen as drinking a fancy import? Does the fact that Corona is (he thinks of a nice way of putting it) a mildly flavoured, less beer-like and easy drinking beer contribute to the conundrum? Is it just really a great buzz for me to tip so much of it down the sink at the end of the night?

They might be back again next year and we might play the same ‘game’ all over again. Or maybe things will change as the penny finally drops?

Like most beers, I reckon that there is a time and place for Corona. Necking a Corona on the beach on a 44 degree as we've recently experienced is not the worst time I can imagine. Hell, I'd rather have a go at a Corona on a beach than a Samiclaus.

I had reason / obligation to drink a Sol just prior to Christmas. That was more difficult to keep down than an icy cold corona if you ask me.

I agree with you that all beer is good - but some beer is better. For me, when it comes to Corona, there are few beers NOT better! And, in the same category as Heineken or Kronenbourg or even Carlsberg - I can only drink Corona when its chilled to within an inch of its life.

Samiclaus on the beach on a 40 degree day ... now there's my idea of Hell on Earth!

Sol? AHHHH! (Other way around) Tastes like a jug of arse.