From the taxi to The Taphouse 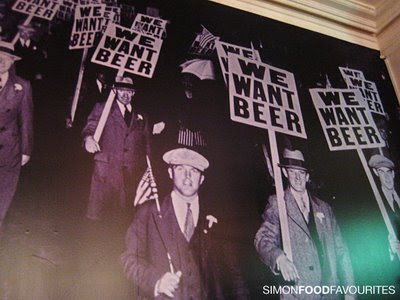 A Date with the Diva (Part Three)

The story so far;

Mrs Lager dropped us off at The Lord Nelson where Dr Lager and I found a nice corner table next to the door (the perfect spot for People Watchers) and hooked into a couple of very nice offerings. A Pale and a Quayle (Summer Ale) alongside a nice traditional pub steak sandwich. Note for next time; if you ask for a beer you’ll get a pint. Remember this when ‘pacing’ yourself. 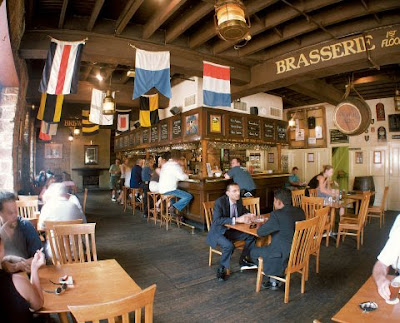 Found the other bar just inside. Grabbed two Sundown Lagers compliments of The Beer Diva.

Enjoyed Beer Diva show very much. Found Bus Stop. Got into Taxi. Had a lovely time with Bus man and Taxi Girl. Let out in Oxford Street. Walked quickly to Local Taphouse Darlinghurst. 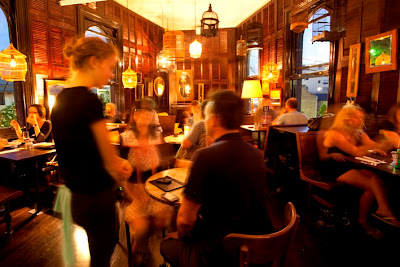 So to our first visit to The Local, Sydney-style. You remember that scene early on in Beverley Hills Cop when Eddie Murphy is walking down Rodeo Drive and doubles over laughing at the passing fashions? That was Dr Lager and I as we approached the Taphouse. As the friendly doorman spotted us, I put on my ‘I am behaving’ face and said G’Day. He spied my Beer Diva showbag which made me remember that I was carrying my Beer Diva showbag. I offered him a look and said, “It’s just full of beer and beer glasses mate”.

I realised that was not the correct thing to say and began to explain that I’d just been to the Opera House drinking lots of different beers – that wasn’t good, either. As we began to make mental plans to continue the night elsewhere I stumbled over the secret password. “Let me explain. We were at the Opera House for the Beer Diva’s ...”

“In you go!” he cut me off, stepping aside and showing us the way. Thank you, Doorman and thank you, Kirrily.

The first sensation as I entered the downstairs bar was that I was ‘at home’. The unmistakeable Taphouse ‘feel’ that comes from a combination of the decor, lighting, flow and its noisy hum, but also from that very palpable but indescribable ‘something’ – the pub version of what the Japanese call ‘Umami’ – a mysterious ‘deliciousness’ that permeates the place. It’s a welcoming warmth that settles on you from the minute you arrive.

I know this sounds like I’m angling for a free drink (which I would never be so rude as to knock back were it offered) but you just know you’re in The Taphouse. Let me explain. We made our way through the crush to the upstairs bar, which was even busier, and settled against a wall with a starting pot of Matilda Bay Alpha Pale Ale. The bar was packed with punters representing a fairly widespread demographic including plenty of Sydney Swans supporters fresh from their win over Brisbane at the SCG.

Hundreds of others were scattered around the various nooks and crannies peculiar to the Sydney layout and yet others kept coming up and down the stairs beside us while others weaved through the crowd with full pints yet everybody moved to accommodate the other, staff threading effortlessly through the throng as they collected empty glasses, moved chairs and reset tables. And everyone was smiling – even the Brisbane supporters.

It’s the sign of a well managed and skilfully operated pub that the staff and punters are all so obviously enjoying themselves. A Murray’s Punch & Judy had us smiling profusely as one of the barmen told us to help ourselves to a comfy chair in the dining area as he removed the DINING ONLY sign. Nice touch, that. And very comfy chairs we discovered as we lowered ourselves down slowly, becoming aware as we were of the fact that we are getting old and had walked quite a bit further than we have for some years.

We decide on a palate cleanser of Budvar to complete the night and as I sipped, I tried to nail just exactly what it is that makes these places feel so different to so many other pubs. It’s not just the beers, although that’s a ‘gimme’ and it’s not just the decorative touches or the night view of the surrounding suburbs from the windows – it’s something else again.

And it’s also a combination of all the elements which is then sewn together by the ‘feel’ that the staff disseminate as they to-and-fro and pour beers and clean as they go and stop to adjust a table or move a chair in. It’s all the ‘g’days’ and ‘how ya goin’s’ as they pause to pick up an empty glass and the way they make you feel as though they actually enjoy the fact that so many people have chosen to drink in their place.

Even if some of them have taken the long way ‘round via The Lord Nelson, the Opera House, raucous taxi rides and giggling treks down unfamiliar paths with a paper bag full of beer, glasses and discount vouchers.

It just seems that The Local really gets what it is to create a place where people who like good craft beer can get their ‘fix’ but still make it accessible to the average punter who might just be inclined to stay long enough to become one of those others. Hopefully it inspires others to take pubs out of the pokie-mire that many seem to be stuck in, or the brightly lit, stainless steel drink dispenser barns that are always giving beer a bad name.

Sounds like you were there on Saturday night. The Local is my local (I live about a minutes walk away). I love this place dearly but don't often venture in on a Friday or Saturday as it's just gotten too damn busy. Especially when there is a football game on. I find it perfect on a Wednesday or Thursday. You're not fighting to get to the bar. You can always grab a seat. Food service is much quicker and you can have a chat the the staff about what's good as the beer menu is always changing.
Thank god Sydney finally got a pub like this.

Nice review prof, I did think last time I was at the Darlo that the crowd was different, not bad, just different. In retrospect, I did enjoy the sights that night, but would have enjoyed it more had it not been the most popular bar in town that night.

Making your way in the world today
Takes everything you've got;
Taking a break from all your worries
Sure would help a lot.
Wouldn't you like to get away?

All those night when you've got no lights,
The check is in the mail;
And your little angel
Hung the cat up by it's tail;
And your third fiance didn't show;

Roll out of bed, Mr. Coffee's dead;
The morning's looking bright;
And your shrink ran off to Europe,
And didn't even write;
And your husband wants to be a girl;

Thanks guys,
As a Melbourne boy born and bred and a Taphouse true-blue, it was great to see that the 'concept' has transposed so well into Sydney. I didn't feel as tho I was in Sydney/Melbourne/Timbuktu - I just felt 'at home'.

The problem seems to be that because so many people have taken to it - and so few other pubs seem to be willing to try anything other than ten taps all serving Toohey's New or Carlton Draught with a side-serve of slot machines - that real beer people are restricted to hitting the one venue. I'd still rather be standing ten-deep at a bar to get a pint of Hargreaves Hill ESB than nursing a pot of VB and having the place to myself. There was nothing wrong with the vibe!

And that guy, let me reply by saying;

A man is born, he's a man of means
Then along come two, they got nothin' but their jeans

Everybody's got a special kind of story
Everybody finds a way to shine,
It don't matter that you got not alot
So what,
They'll have theirs, and you'll have yours, and I'll have mine.
And together we'll be fine....