New Zealanders can brew a beer 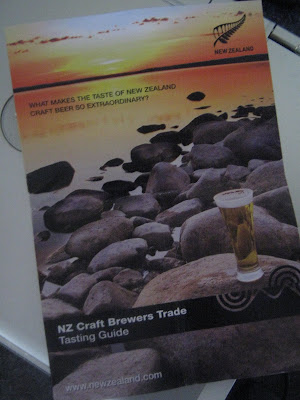 Anyone with a computer (do ‘the kids’ even call them that anymore) will be familiar with the constant stream of spam, ads and other assorted unsolicited e-mails that seems to sneak past even the best security software these days.

So, when my inbox revealed an invitation from the New Zealand Government Trade and Enterprise department, I was curious if not outright sceptical. I mean, I have trumpeted the virtues of the craft beer coming across the Tasman Sea in these pages at any opportunity and I’ve regularly incorporated a beer into my Beer Dinners - but I’ve also ‘teeken tha puss’ quite a bit. But I reckon that’s forgivable when the Kiwis keep sending shows like Motorway Patrol and Police Tin Sivin over to our tellies.

Not only did the invite prove to be genuine, but the night turned out to be as much fun as I’ve had drinking beer and eating sheep for a long, long time. Assembled in the sumptuous confines of Chloe’s Bar upstairs at Young & Jackson’s were the finest craft brewers from the Shaky Isles along with the glitterati of the Australian beer scene from writers and venue operators to distributors and industry heavy-weights. And there was me. 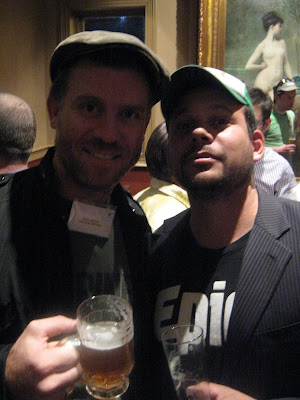 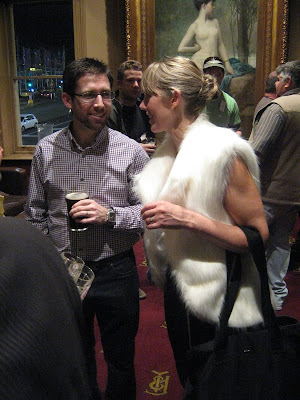 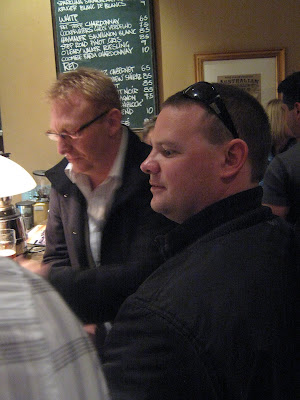 For those wondering, the Chloe in ‘Chloe’s Bar, refers not to the name of the girl at the bar, but rather to the painting of Chloe, a much-loved Melbourne icon. Or, as one of my now-favourite NZ brewers put it; “She goes all right for a hundred year old nude chick, doesn’t she?” Yes, Carl, she does.

Back in the dining room we were sat at long tables dressed in white linen and treated to eleven of New Zealand’s finest craft beers, matched to eleven different dishes and introduced by the brewer himself. Very few of the brewers did anything to disprove the theory that beer folk are all very down-to-earth people who don’t need to take themselves too seriously and each beer was presented with humility and humour in equal quantities. For the Beer Nerds, I’ll list the beers and their matches at the end of this post.
After the formalities had concluded we moved back into Chloe’s Bar where we were met by a veritable ‘who’s who’ of Australian craft brewers who clearly have a well-tuned radar when it comes to sensing a free feed and bit of good company! The room filled quickly and the camaraderie was evident as friendships were made or renewed. Most of the eleven beers we had tried earlier were on tap and it was interesting to note that there didn’t seem to be a ‘crowd favourite’ and all were being given a second run.

More interesting was the general feeling among many of the brewers that the food and beer matching was nice, but not to given too much weight. I found this both odd and refreshing as we seem to be in the midst of a groundswell of support for the concept over here but I also feel that, at times, we take it a little too far. I liked the fact that New Zealand produce was being showcased along with the beer and really, apart from one or two dishes, they all ‘worked’ pretty well. 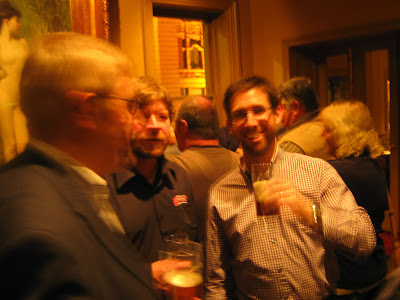 I am constantly amazed at just how enjoyable the company of beer people is. Put a beer in the hand of a room full of brewers and before you know it, the problems of the world are ... well ... a world away and the glass is half full. Although, as last night showed, they’re not half full for very long. And many of these blokes I met last night come not from generations of brewing tradition and family run breweries but from ‘normal’ walks of life and regular job histories.

Maurice Bennett provided a Belgian Strong Ale that is the equal of many I’ve had and yet he hails from a background in Supermarkets. Mind you, he’d struggle to stock anything above the second shelf, but what he lacks in stature, he more than covers in passion and pride in his product. ‘Big Carl’ from Harrington’s was one of our table-mates and, if he ever gets out of the brewing caper could easily make a living pretending to be Andrew Symons. Although I reckon I enjoyed a beer more with him last night than I’d ever enjoy with ‘Roy’. 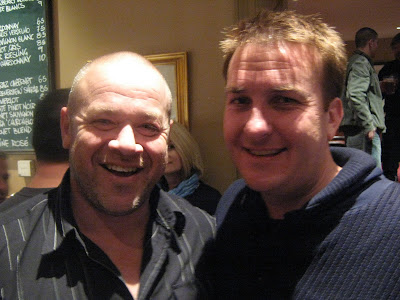 The evening provided a terrific opportunity to sample some of New Zealand’s best craft product available here, and to also get a feel for what the locals are keeping to themselves at home. Hopefully some of these beers can find their way onto a container ship in the future. When I left for the night the crowd was in the process of moving to the rooftop bar to begin the night all over again.

That might have provided some good opportunities to seal a few export arrangements!

A special “thank you” to John for arranging to get my name onto the guest list!

And, for the nerds;