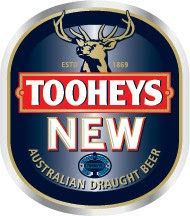 Beer Names
Right. First things first. Victoria Bitter isn’t. But it used to be. Crown Lager is premium. It even says so on the label, but is it a Pilsner ? Pure Blonde is neither. Pale ale often isn’t. And Carlton Cold says it is beer. And is a Dortmunder export that you buy in Dortmund actually a Local ? And is lo-cal beer better for you ?

Is it even really lo-cal?

The naming of beers is something which, for many of us, is a vexing issue. For some it is just an annoyance. Sadly, for many again, it means that they don’t really know what they’re drinking, what they should be drinking or what they’re missing. Misnamed beers are the bastard creation of lazy or foolish marketing folk. Now, I’m quite sure that the parents of these marketing wunderkinds are very proud of their offsprings’ achievements thus far but surely there comes a time when a father must take a son or daughter aside and gently say something like .. “ If it walks like a duck and it talks like a duck and it smells like a duck - chances are IT’S A DUCK !! so for f#@*s sake stop calling it a goose.” A goose is like a duck, you see, but it ain’t a duck.

Let me explain. As we saw in part one, there are ales and there are lagers - broadly speaking. And just like there are boys and girls, ales and lagers are different. Although there are a few beer styles which fall just in or outside the style guidelines. I guess these are like a beer which is a boy but likes to dress like a girl and sing Kylie tunes. But that’s not for here. Lagers are made under colder temperature and are best served after a period of maturation, ales like it warmer and can even be served while the yeast is still working. Lagers tend to be more richly carbonated and ales are a little flatter. Beer historians have differed in their broad definitions of beers - some say that the overall term is beer. Ales are any beers made before the use of hops, others say it’s down to the yeast type, top or bottom fermenting, which defines the style and thence the name.

So, put simply, if it is brewed in cold temperatures, with a bottom hugging yeast, matured for a while and served very cold with pizza or chips - lager. Top fermenter with a penchant for warmer places and ready to drink even while still ‘alive’ and goes well with pork pies and complaints about the weather - ale.

So how on earth do Victoria Bitter, XXXX Bitter, Cascade Pale Ale and Toohey’s New come to be so called? In these instances, the beers started out as ales - bitter ales, pale ales and old ales - and when the lager craze began, the brewers just put the new style into an old bottle. Did they think no one would notice? Did they think the average punter would stop drinking altogether if he couldn’t get a beer called VB? Was the name really that special that they were afraid to let it die?

In the case of Toohey’s New the answer is even more simple - perhaps, also, the drinkers of it. Certainly simple were the marketing brains behind it. Toohey’s produced an Old Ale and when the lager style arrived they were stuck for a name for their new product. Imagine that marketing meeting. “ Well, the old ale is old, and this new one is .. is .. Ooh, what’s the word I’m looking for? Help me out Ttrent with two T’s.”

“ Hmm,” says Ttrent, “well Brennt with two N’s we could call it Toohey’s Different to Old Ale. That’s got street cred written all over it. Or maybe Toohey’s I Bet You Haven’t Tried This Yet Cos We Just Started Making It ?” “ Hmm. Label boys might have some issues there.”
So then Tobiias with two I’s suggests they consider the drinker in all this. “Our loyal, devoted consumer is no fool, but let’s not risk scaring him orf. The previous brand was called Old, because it was .. Old. Let’s call this new one .. New. Even those who have been drinking for decades should be able to handle that quantum leap.”

And so it came to pass that the New was born. Then the work experience kid shook his head and sighed. “Why didn’t you just call it Toohey’s Lager?” Knobs.
Posted by Beer Blokes at 07:35