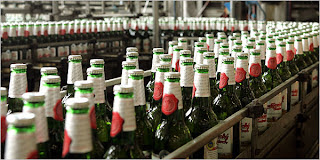 A busy time for the Beer Blokes the last few weeks, which is the reason for the lack of web based activity. I promise, though, in the next two weeks to make it up to everyone with some wonderful, beer-fuelled word mayhem.
The last of the first round of lagers has been bottled and is conditioning away nicely. Another strong brew - 6% - a result, I think, of an all malt base. So that’s our tenth brew down and both Dr Lager and I have plentiful stocks of our previous efforts maturing safely in storage. Happy days ahead. Indeed.
I have also begun testing some beer recipes - both food and beer matching and cooking with beer. The first installment of Beer Bloke Kitchen will be ready by the end of this week. Stay tuned, Big Bad Bob. 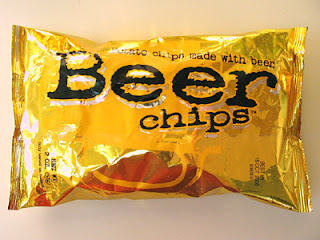 Also in the beer diverter pipeline is a new series from which our readers may just learn. It attempts (or pretends) to track the history of our hallowed brew from the time the first shod foot landed on our fair shores, to the present day. Australian history like you never got at school. In a bottle. 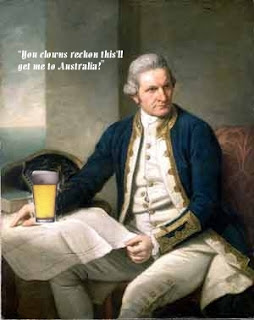 Also hope a reader or two can give us a review of the Craft Brew showcase held last week at Melbourne’s Federation Square. Having attended, and drunk my way through, the inaugural one two years ago, I have missed the three since. These events are a great way to sample the current Craft Brews around without having to commit to a large cost outlay - for around twenty bucks you get twenty tasting tickets which you can swap for any of the beers on display - and you also have the chance to speak with the brewers themselves. A word of advice, though. Do your questioning early because, by beer number thirty ( I scored a comp. ticket after I bought one) it just becomes a slur-a-thon. And you forget what they tell you anyway.
So there you have your next few weeks entertainment mapped out for you. Don’t thank me, just go out and buy a couple of beers that you never thought you’d try, tip them down the beer hole and thank the bloke upstairs for your bounty.
Cheers. Prof. Pilsner
Posted by Beer Blokes at 13:09

Lovely to see you back, Professor and I look forward to the forthcoming series.

I was also wondering if you might consider a series on very rare beers at some point in the future? I'd like to propose this one for consideration at some point: (paste into browser obviously)

Thanks Anon.
Have just finished reading Brew Like a Monk by Stan Hieronymous- a cracking good read which covers the history, brewing and recipes for the beers of the six remaining trappist breweries.
If you think we are mad at Beer Blokes, these crazy monks are something else.I'll try to bring some of the interesting bits from the book to the site. A rare beer series might work well. I have encountered a few over the years and fortunately I took notes at the time.
Cheers, PP