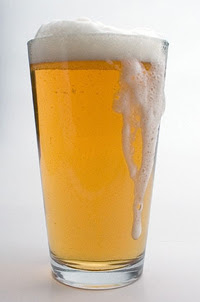 It’s been a while since I posted an update on the Beer Blokes Brewing enterprise and the main reason for this is economics. We had established such a large stockpile of maturing beer that I couldn’t really brew any more until I had space to store and mature the new stock. And I couldn’t move the old stock anywhere else, could I? And if I was going to brew more beer, I would need empties, wouldn’t I? Ergo, drink beer. I drink therefore I am.
Remembering that half of the first eight batches (at around 60 stubbies per batch) were put into theoretical storage over at Dr Lager’s and that we have produced another eight batches since, there were still a considerable number of slabs to stack and store. A dilemma that many would consider insurmountable at best. But I have come to the realisation that a man can only wear so many clothes before he becomes just a little vain and I have removed a small amount. About the same amount of clothing that eighteen slabs would take up in the walk in robe.
The only alternative is to build an extension onto the house. If I did build an extension it would need to incorporate a mash room, Lauter Tun, brew kettle and a bottling line – all fairly unfeasible in suburban Melbourne. Or is it? Hmmm. Or I could just drink more beer. And if, by drinking more beer, I am able to provide tasting notes, beer reviews and witty postings – well then, that’s just a bonus, isn’t it? So, drink it is. And, without meaning to sound smug, it’s been a fair drink.
It really is amazing and a bit comforting to know that the fruits of your labour can actually ripen and mature without going mouldy and furry like real labour fruits. Those annoying little voices in your head that say things like; "That tastes OK but it’s a bit flat in the aftertaste," when you first test a brew, give way to thoughts of; "I was never worried I knew it would come good and I told you so," a month or two down the track.
Supplies of our two first lagers and pale ale are nearly exhausted and, although they were all can-and-add-water-and-yeast kind of affairs, the taste for a first effort was pleasing and well received by honest friends. As time has passed, the ‘homebrewedness’ of the taste has slowly disappeared to the point now where it is really just in the kick of the aftertaste that you can tell it’s not the real deal. Or maybe it’s the standard bland-ard mainstream golden lagers that are not really the real deal.
The following four brews were more advanced in the making and have therefore become more advanced in the drinking. Made with the various additions of hops, improver kits and specialised yeast and dextrose, these beers have a more commercial real beer taste and the maturation improvement factor is noticeably higher. And coming in at a low of $ 6.24 and a high of $ 16.32 per slab, it’s beer you can take to the bank. I’m doing the household budget some big favours.
Next on the list are beers number 8 through 12. Give me a bit of time to taste test these and I’ll post another brew update soon. In the meantime, if any readers out there have some spare summer clothes, please drop me a line. I can arrange pick up.
Posted by Beer Blokes at 14:01

It's awefully hard to wait a couple of months for the beer to improve, but I managed to restrain myself with my last batch. Now I know its worth it.. makes a huge difference. Just have to get more than one batch going at a time to keep me occupied.

Anyway, I've got enough to last me Monday for the celebrations of Manly's 2007 NRL Premiership win. Storm will choke again ;)

A couple of important lessons here, Zak. Brewing back-to-back, or as soon as possible is well worth the effort. If you can find the space to store the 'green beer' you should try to brew up as many batches as you can. We did this and we found it did two things. It allowed us to build up stock for the drinking months and it meant we had so much brewed that we had to let some mature because even we couldn't drink that quick! And it also puts less pressure on to keep up supply.

To your second point. I too have more than enough of a specially labelled brew called Storm Redemption Lager which I will partake of on Monday after I fly back from your fair city. Choke? Never. Anyway, everyone knows we got beat by Simplekins last year, not stage fright!

May the best team win and be showered in the best beer. And look out for my Thunder Struck banner on the telly.

Almost a month with no update.
What is going on here?