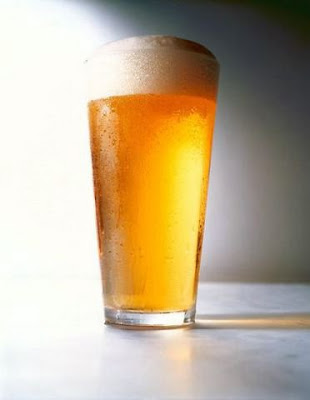 The seventh instalment of Ale Stars at The Local Taphouse could easily have slid into a scene of organised chaos had it not been for the quick thinking of the affable host and the beer skills and ingenuity of the assembled drinkers.

Blame the Global Financial Crisis, John Howard, Kevin Rudd or Global Warming - whatever – you’d think that it would be a straightforward task to get enough of four different beers to slake the thirst of thirty odd Ale Stars. Apparently not. Before the night kicked off the line up had changed more times than a Bride’s mind.

Some of the original choices were held up in port or on a ship or was drunk on the way over by the Drunken Sailor – I don’t know – and another proved a bit too popular in the lead up and the keg could not guarantee that it could keep up with demand. Another was out of stock. But Ale Stars being what it is – a bunch of like-minded beer drinkers who like to drink beer and have a bit of a chat about beer (usually while drinking beer) - the show would certainly go on. Some swift commercial shenanigans and Shandy and Ben had managed to cobble together a fine selection of beers to suit the category.

Summer pale ales is a loosely categorised collection of beers which are linked by a few common factors. These beers are not restricted to a specific style, rather they are easy drinking, lively and refreshing. Some are seasonal and some are quite sessional but they are all fine summer beers.

Sunner Kolsch is a bright, clear pale straw coloured ale from the German city of Cologne. Goes down very neatly and a great first up thirst quencher. Well balanced malt and mild bitterness each sip prepares the mouth for the next.

Our second beer came not with Shandy’s usually informative and colourful tasting notes but with a message informing us that we were to refer to ‘our panel’ for details. Our questions were answered when five unsuspecting Ale Stars were seconded from the crowd to give a live action, made-upon-the-spot review and dissection of the very handy James Squire Golden Ale. The ‘panel’ dealt with the elements of appearance, flavour, aroma, body and mouthfeel without anybody being ‘gonged’ by the Tech-Foul Bell used to alert the speaker to the fact that they are being ‘too’nerdy’. Shandy will often preface his own remarks by ringing the bell himself.

Cooper’s Original Pale Ale was our next offering and much discussion of the various ways of serving this beer highlighted just how many variations are acceptable, from rolling or inverting the unopened bottle to swirling and shaking it to pouring the beer off the top of the settled yeast.

The Beer Trivia quiz was back and a good mix of tricky and reasonably easy questions kept the assembled teams guessing. Wait, that’s the point of a trivia quiz, isn’t it? Anyway, again, I can’t recall the winning team or the impressive winning margin or even the fact that the final score was just two points off a perfect score – it’s all about the fun and the friendships and the drinking of good beer, really. Hands up if you have never been on a losing team at Ale Stars Beer Trivia?

And a very good beer was exactly what we needed. Good and special. Hargreaves Hill ESB is a beautifully crafted APA style ESB with character, balance and all the things that make a good refreshing ale. The kegs from which we drank were also two of the few remaining since the Hargreaves Hill Brewery was lost in the Victorian bushfires of Saturday February 7. A cracking beer to finish with and to savour until Simon and Beth can get the brewery up and running again. Simon has been down at Red Hill with David and Karen Golding this week getting some product out through Red Hill’s equipment and hopefully it won’t be long before we can tap some fresh kegs. More on the Local’s Bushfire benefit later.

Special thanks to Sean and Ben who ran around all night like one-armed Beirut bricklayers to keep up with the thirst of the crowd and the clearing of the empties and the feeding of the hungry as the ‘brains trust’ of the Local were all away in Sydney preparing for the opening – which may (or may not) be somewhere around next Tuesday for all you Harbour Habitants waiting for the perfect beer bar.

And, if you are stopped in the street by a confused salty sea Captain who says he has a ship-load of English Pale Ales for some bloke called Shandy, point him in the right direction, would you?