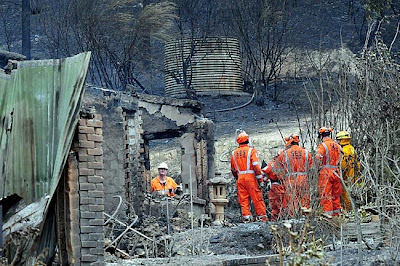 A busy week has been capped off with the littlest Pilsner spending the weekend 'off sick' which has meant little sleep, plenty of TLC delivery and a fair amount of washing! So here are a few quick notes for the diary.

Tomorrow (Tuesday 17th) is the next installment of Ale Stars at The Local Taphouse where we can relax for a bit after the events of the previous weeks, sip some nice beers and reflect on just how lucky we are. 7pm (ish) kick off. See you early for SUBS.*

Thursday (19th) same venue (maybe I'll just do a sleepover) at 6pm the Victorian Bushfire Fundraiser kicks off. 150 maximum so get there early.

Our State Ememrgency Service unit has been asked to have crews on standby for deployment to the areas devatstaed by the fires and yesterday we received word of some major tasks. The scale of this event is absolutely massive and so we won't know what, when or where until the directives actually arrive. If the posts are a bit random, I'm sure Dr Lager can throw in some interesting tidbits until I can get back on the laptop.

I have been compiling some snippets and bits of pieces from the thousands of news stories, media reports and personal experiences this last two weeks and will cobble them all together once things settle down. They certainly combine to show the spirit and soul of this country that surfaces in times of tragedy.

In the meantime, have a nice beer and raise a glass to those who can't.