Ale Stars – The Next Generation 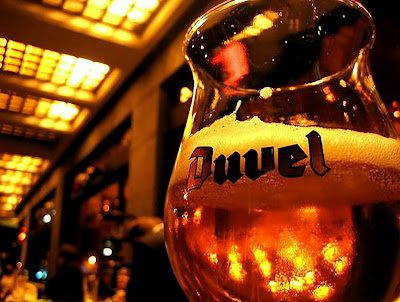 This month’s Ale Stars meeting at The Local Taphouse will be held next Tuesday July 21. Nothing new in that. The beer theme is Belgian Blond Ales and the beers chosen are nice representation of the style which transition well from light and easy drinking through to some firm and fruity brews. As they usually do.

But this month will be a little different. Our affable regular host, Shandy, is off on Beer-Ternity Leave preparing for the impending arrival of the new bub, and so a ‘stand-in’ host was sought. After an exhausting series of auditions, interviews, a world-wide casting call and an elimination process that would make Masterchef Australia proud .... they couldn’t get anyone suitable.

So, in the warm and honest tradition of Ale Stars, Prof. Pilsner was offered the gig. Actually, truth be told, we were having a few quiet ‘afters’ at the bar last month when Justin and Guy told me I had it because when the music stopped, I hadn’t found a chair. That’s the way the game’s played.

I will do my best to lead the gathered masses through the delights of Murray’s Sassy Blond, Red Hill Belgian Blond, Duvel and the very, very special limited release seasonal from the Goat Guys at Mountain Goat, Rapunzel.

Assisting us in our journey of beery discovery will be none other than Dave Bonighton, head brewer and co-founder of Mountain Goat who showed what real passion for craft beer is all about by travelling all the way to The Local Taphouse in Sydney yesterday to taste his own beer for the purpose of writing some tasting notes for me. That’s true dedication.

Of course, as is customary, delicious pizza will be served throughout, Ale Stars will have the chance to ‘Ask the Brewer’ and Beer Trivia will be presented in between beers. Strap yourselves in for that one! Also available on the night will be a range of special limited release items and memorabilia including T-Shirts featuring ‘I Was There When the Prof Hosted Ale Stars’, ‘Ale Stars – How Good Was The New Bloke?’ and ‘Shandy – I remember him!’ Also, don’t forget to pick up your ‘Prof. Pilsner for Ale Star Tzar voting cards. Just pop them in the box provided – I’ve already filled them in for you. That’s just the kinda bloke I am.

I have even gone out and done some serious ‘Tom Hanks in Castaway’ style method preparation for the night so that I can do our mate proud in his absence. Hope to see as many Ale Stars, new and old, as we can fit in as it may be a while before Shandy hands over the reins of this beast to anyone else again. I’m really looking forward to it. But I have to be honest with you all ...

P.S. Shandy, so that you don't miss out completely, I will make sure we take plenty of phoor-toors for you!
Posted by Beer Blokes at 11:39

As that other famous Belgian baritone, Jules Bastin, said to me the other night,

I sure hope that the good Professor includes a trivia question that can be answered correctly with the word "froth".

You won't believe this - there was a question in which THREE of the four choices were FROTH - and Simon still didn't nail it!

That's quite surprising... did Rob get it right?