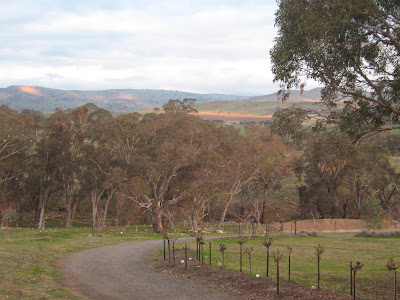 I have always been a ‘city boy’. More specifically, I have always been a suburban ‘city boy’. Never lived outside of a standard, common garden-variety, outer suburban postcode. Didn’t really even spend much holiday time on farms or anywhere else in the country – no relatives with sprawling properties or acres of livestock and all that. So our recent getaway to Mansfield in Victoria’s magnificent high country was a welcome change.

I’ve spoken plenty before about just how lucky we are at the moment to have so many dedicated and passionate craft brewers out there producing beers of a high quality and varied style. Our three days away was a great chance to relax and seriously (as serious as I can take beer) enjoy some fine ales and lagers. There is just something about a roaring fire, sprawling mountain ranges as a backdrop coupled with the knowledge that you don’t have to be anywhere the next day that makes beer even more special.

I was able to put my feet up with a selection of Jamieson Brewery’s offerings – excluding the IPA which I later found was to be brewed the next week – as well as a few I had brought from home and one I had not even heard of. Jamieson make some very good craft beers and I will write more about our visit there in the coming days. A Brown Ale was their first beer brewed ten years ago and. Embarrassingly, I haven’t had one for years. it’s probably one of those styles that isn’t in my Top Ten, but it is one that fits into my resolution to try more beers that are not in my Top Ten this year. I was pleasantly surprised to enjoy it as much as I did.

A Jamieson Pale Ale (US style), a Mountain Ale (Dark Wheat) and a Raspberry Ale (errr) went down a treat with the family seated around and the crackling of the fire at my feet. The new brew I found was from up near the border, New South Wales way, just out of Swan Hill. Glenbar on the Wakool does not have the slick beer name like the Fat Yak or the Summer Lightning or even the Growler but it does have a very fine beer taste. Glenbar claims to be the first beer in Australia made from organic Australian malt and is a pretty good story that I will tell shortly. As soon as I find out what the story is.

A couple of Ben’s Bridge Road Pale Ales finished the beer side of the story. These were chosen because, although Beechworth is a short trip from Mansfield on a paper map, the issue of the small group of hills collectively known as the Victorian Alps are plonked fairly between the two.