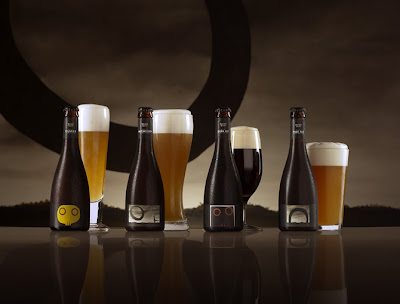 In my post last week about coming beery events I completely forgot to mention the marvelous folk out at Purvis Cellars who will open their doors after hours on Wednesday night for a tasting spectacular.

Local beers will be showcased and just ten bucks will get you ten tasting tickets to redeem at tables around the shop, each with a series of different beers. These nights are a great way to try a little of a lot of beers to help punters find a craft beer that they can call their own.

For something very special Prof Pilsner will be pouring beers from Moo Brew in Tasmania and Matso's in Broome - continental opposites in more ways than one - and you can catch me live between 6 and 8.30 or whenever the beer runs out. Get in early if you want to try some Mango Beer from Matso's as it will be snapped up pretty quick. It's the beer described by beer writer and original St Kilda Ale Star Graham 'Reeksy' Reeks as "dangerously sessionable".

Click here for Purvis Cellars blog and I'll see you on Wednesday night.

I know you had a big debate about hostipplals with Mr Abbott today. I didn't miss it - I deliberately didn't watch it. Stop showing off.