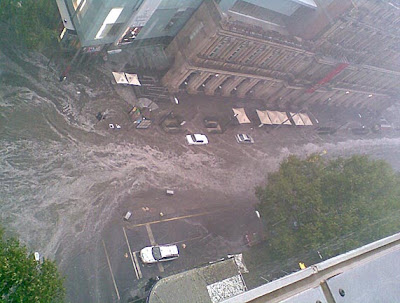 Regular readers may recall that it was around this time a year ago that saw Melbourne gripped by the ravages of Mother Nature in the form of our worst fire season in living memory. This year, last week in fact, she paid us a return visit and this time she was wearing a very different outfit.

Now, in forty-odd years in this town and the last ten years with the State Emergency Service, I’ve seen some storms. I’ve seen a few that were all wind and noisy fury and fallen trees and others that were wet and wild thundery and which left the city drenched. I’ve even seen a bit of hail.

But none of them held a candle to the hailstorm we copped last Saturday in our municipality. What started as a ‘bit of weather northwest of the CBD suddenly swelled into a rainstorm over the city and South Melbourne, hung a sharp left and headed east across the suburbs, building into what the weather bureau politely termed a ‘super cell hail event’ which then roared across the outer east in the form of the loudest rumble I’ve ever heard and finished by tipping a galactic bucket of hail stones over everything beneath it. 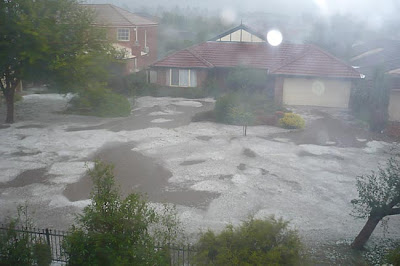 The hail built in size as it travelled and from your standard pea-sized bits grew into golf balls by Glen Waverley and had graduated to cricket balls by the time it hit Knox, Rowville and Lysterfield. My pager beeped mid afternoon with a call to help out the Police at Rowville Station who were flooded after the hailstones tore through their skylights and the rain followed it in. 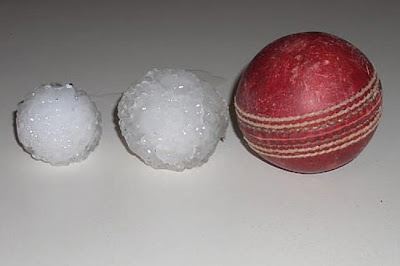 The fact that the pager stayed silent for the next hour made us all realise we were in for a big week. We knew there were jobs out there, that people were phoning the damage in to the emergency call takers, that the work would be piling up and the damage area widespread. The only reason we were not getting the jobs had to be volume-related. There were so many calls, the system couldn’t send them quickly enough.

So anyway, 7 days, eight suburbs, 300 extra volunteers from 5 states and 2900 jobs later we cleared the last job from the system at 1849hrs last night. We patched holes, made broken windows safe, covered entire two-storey rooves in plastic, cut up fallen trees, ripped out collapsed ceilings and unblocked drains. We’ve co-ordinated something like sixty vehicles and crews, helped the Red Cross and Salvos dish out a few thousand meals, sorted out media from local, State and National news services and even managed to re-light the hot water service for an elderly woman. 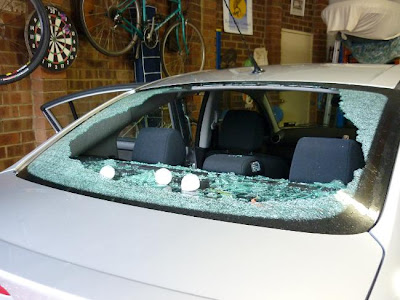 To all the Victorian country and fellow metro units who dropped everything to come out and help us plough through the seemingly endless list of calls for assistance, thank you. To all the new friends we’ve made from State Emergency Services in Western Australia and New South Wales, thank you. To the crews from Tasmania who drove as many trucks and trailers as would fit onto the Spirit of Tasmania and came to help, thank you.

And to the teams from South Australia who landed on Monday to be deployed for two days and who we then couldn’t get rid of due to the planes being full of rev-heads flying to Adelaide for the car racing, a special thank you. I hereby take back everything I’ve ever said about South Australia and Croweaters. I stand by my feelings about your drinking water, though.

To my regular readers, now that the Knox Unit has been officially stood down for the weekend so that we can introduce ourselves to our families and beg to our bosses for our jobs back – I’ll get back to regular posting. Promise. 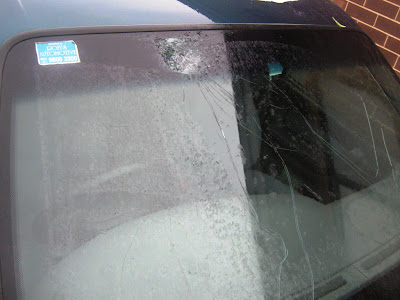 Oh, and special thanks to guys at The Battler's Mate windscreens in Boronia who squeezed me in to get the screen replaced on the Pilsnermobile so that I could get the Ale Stars down to red Hill Brewery on Tuesday for the hop harvest!
Posted by Beer Blokes at 13:11

Just catching up on your posts Prof and what a crazy week that must have been for you! I was down on the Ocean Road and missed it, but lucky for your community that there are people like you around.