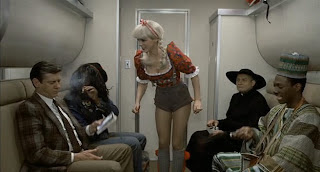 As we prepare ourselves and, in some cases, our families to see out the old and welcome in the new this evening I thought I should pause to share some final thoughts of the year with our loyal beer friends.

Here in fair Melbourne town we are also preparing for the fact that the maximum expected temperature is 42 celcius (that’s a rather balmy 107.6 f for our American friends) and when you factor in the three little Pilsners and their general lack of quality sleep resulting from various Christmas outings ... well, you can feel my trepidation.

Not that my trepidation extends to the fact that I will be sharing some very pleasing lagers and such with some old and dear friends in very convivial surrounds. Bill is all geared up to present his much anticipated and very festive melon/rum/pineapple Party Punch. It is so called, not because it is served in a big bowl like punch, but because if you have too much you feel as if you have been. Punched.

Big Bad Bob will, as always, play the gracious host with flair and aplomb – even if he doesn’t know what aplomb is – and the Jack and coke will flow freely because he is too soft to drink with me. Unless it is the deliciously honey-smacked Beez Neez from Matilda Bay Brewing Co. in which case he may keep pace with me for anything up to two beers. Just kidding.

Wal will bring his quiet, gentle nature to the table and sit listening intently to the various to-ing and fro-ing of increasingly bawdy and puerile conversations and then, when you least expect it, he’ll nonchalantly toss in a witty and biting comment to floor us all. Sed will just be Sed. What you see is what you get and it all stays pretty much at the same volume for the whole time. Nothing fazes him and a stranger would be hard pressed to tell if he was wallowing in misery or rolling in cash. Just don’t get him started on bureaucratic incompetence and Government red tape type issues. Then you’ll see different side to the bloke.

We will have absent friends and family in our thoughts and will raise a glass to Pix whose health has been a little less than factory fresh of late. And that glass may contain any of the following. Sed, if he’s on the beers will go with the crisp refreshing chill of Hahn Ice, Wal tends to be either a Cascade Light man if he’s driving or he may lean towards a special occasion brew like a Premium – Hahn, Boag’s etc. – or, working as he does for a large concern who purveys serious quantities of plonk, whatever nice beers are on special. Bill will have his mitt wrapped around a VB or a light. Simple as that. Although I may be able to tempt him with a Beer Blokes very own homebrew. Then most of the boys will get into the bourbons and the night will disintegrate fairly swiftly. In a good way.

I will bring some Beck’s and a couple of Boag’s Draught – ice cold they are just the thing for a night fit more for camels and kangaroos than polar bears and penguins – and maybe even a Weihenstephaner Kristall Weissbier. Again, just the ticket for knocking a parched throat back into the present. The beer will lubricate the conversation and there is just sometimes a bit of youthful reminiscing of New Years past and adventures shared.

In a suburb nearby, Dr Lager and his clan will be doing similar things and spreading the Beer Blokes gospel to another group of close friends. At both venues the gentle pitter-patter of little feet will be heard echoing through playrooms and outdoor areas, creating their own special brand of poorly supervised mayhem. Thank God for Playstation.

The tribe is now into its third decade together and this year marks the 30th year since we all began secondary school. Some of us went to primary school together as well and yet others go back as far as under 5’s basketball, kindergarten and even pre-school. Some of the ‘new arrivals’ – sorry, wives are still not sure why we all get together and talk about the same old shit, year in, year out. All I can say is this. A) It’s just like the native indigenous tradition of upholding history through the oral story telling and; B) At least the stories don’t keep getting embellished and added to each year! They started life as complete and utter bullshit, and they still are! Plus; C) You all love us.

So Beer Blokes everywhere, enjoy the night and drink some good beer, well, keep yourself nice and don’t make the copper’s lot any more difficult than it already is. They really, seriously don’t get paid enough to put up with the drunken, boorish, immature and unimaginative violence and pissed drivel that some cock heads toss about after disrespecting the beer. By all means, however, give them a wave and at least offer them a beer. They won’t take it, but they might remember you down the track.

All the best for the rest of 2007 and the Beer Blokes look forward to seeing you all safe and happy and ready to do it all again in 2008. Bring it on and Beer it up – large!! 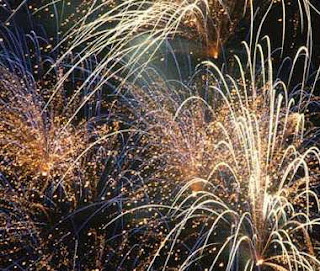 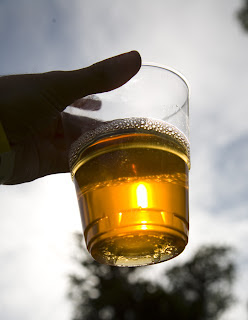