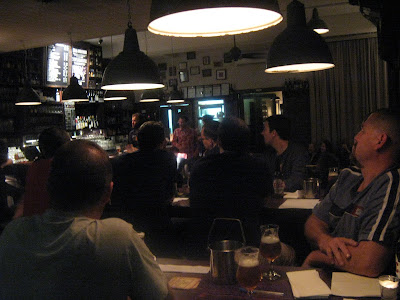 Another month, another Ale Stars. Although, to be fair, this was no ordinary Ale Stars.

For a start, for the first time ever, the “SOLD OUT” sign went up on the morning of the event, the theme was Brewery-based rather than style based and we had our first international guest in New Zealand brewer, Luke Nicholas from Epic Brewing.

It was also memorable because, for the first time ever, I had TWO offers of a lift home (and couldn’t get a spot for either of them initially!) and a huge thanks to JJ for finding them a seat.

Luke Nicholas has been brewing for thirteen years and the last four have seen him running Epic Brewing. And when he says “I run the company” he means ”I am the SOLE employee of the company.” That’s a one man operation. The bottling and labelling, packaging and distribution is all out-sourced, and while this may mean relying on everyone else to get their bit right, it sure keeps payroll costs down. The brewing side of things is, however, is very hands-on with Luke tasting the brew at every stage from mashing-in to conditioning and all points in between. “Basically, I drink a lot of beer” was his own appraisal of his job description.

Luke was able to tell the crowd a few stories about his various ventures, including his novel approach to recreating the conditions of a trip taken by the original India Pale Ales. A wooden cask of his own Armageddon IPA was loaded on to the ferry that travels between New Zealand’s North and South islands and sent back and forth 126 times. The temperature changes on an equator crossing voyage were replicated by storing the barrel in the back of the engine room behind the kid’s playground, which almost brought about a ‘critical structure failure’ when the cask expanded in the heat and beer leaked out and solidified like varnish – a fortunate stroke of chemistry and physics which combined to re-seal the keg.

The consensus was that this experiment would not work in Australia as the ticket inspectors would not be able to cope with such an unresponsive passenger who couldn’t swipe his Myki ticket. 126 times.

Steve from the Local provided the highlight of the night – which really doesn’t translate well if you weren’t there to hear it all – but which I believe I can sum up in a few selected words and phrases and a series of pictures. Here goes; 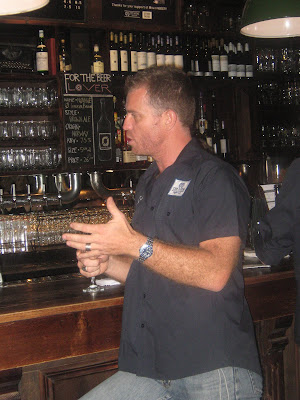 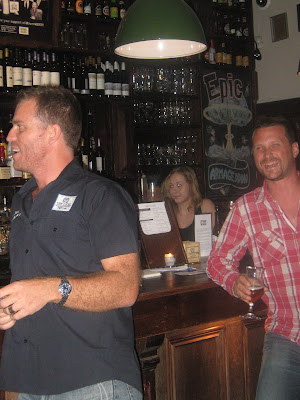 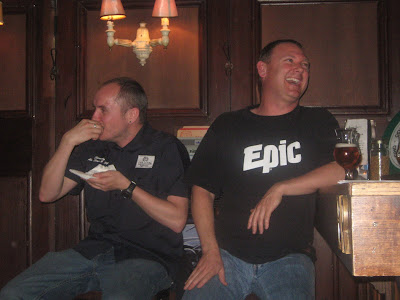 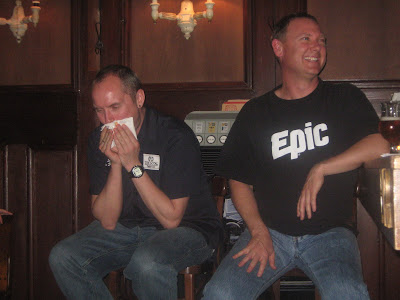 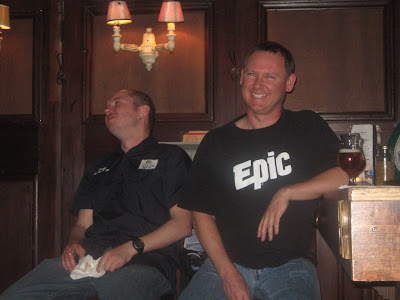 Anyway, we were treated to Epic Lager and Pale Ale and finished with the very first Australian visit of the Armageddon IPA on tap. These beers came with some industry credibility as Luke informed us that, at a recent NZ Beer Awards where three of his beers were entered, he picked up 2 Bronze, 1 Gold and a best in class honour.

Our first SOLD OUT Ale Stars came to a close with plenty of banter and beer flowing freely in equal parts and it was pleasing to see (as well as a few new faces) that the size of the crowd did not affect the whole Ale Stars Feel.

And finally, for those wondering, despite not winning the trivia quiz (again) (by a single point) (again) I have done some research and the common name of the native flavouring herb from New Zealand is, in fact, The Maori Arse-Thistle. So there.

This year I am going to get myself a gig working in a brewery, learning the ropes, ‘mucking out’ the mash tuns, cleaning stuff and hauling stock, just like the early days of my hospitality career where I did my time and ‘made my bones’ scraping crap from pots, scouring pans and mopping floors ... all the things that made me appreciate the good times in later years. I want to know the ins and outs of the process, the subtleties of temperature and time, the development of aroma and flavour and, most of all, I want to take my passion for beer to the next level and channel my energies into something, well, liquid!

I’ll be the perfect work experience kid! Loyal, trustworthy, reliable and with his own car and his Mum’s permission.

The year ain't over yet!

Oh, well I'll just have to content myself with a brewery's 15th birthday bash tonight instead.

Can you guess which brewery? Here's a clue. They used to have a beer that used the name Epic, until Luke told them off!

The number of ferry crossings goes up every time he tells that story!

I hope he told you about why he is called "The Impish Brewer"?

I suspected as much - the bloke just seemed to enjoy telling the story a little too mucH! The Impish Brewer story didn't come u - maybe you can fill me i when we catch up and give me all the goss!

... and yes, it was rather pleasant indeed.

I bet the entire session sounded like this: http://www.youtube.com/watch?v=606eK4abteQ

Hi there, just found this blog now. What an amazing brew Epic Pale Ale is, I just had it last night and was blown away. It had everything I've always said I wanted in a 'perfect beer'. Will definitely up the ante in my home brews - here comes bags of hops!