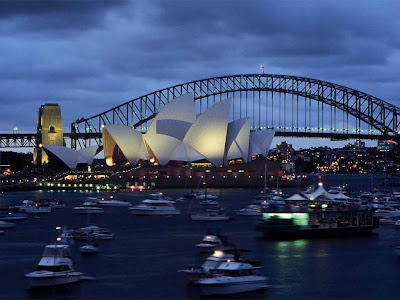 You all know how I feel about beer. I never take it too seriously and any personal feelings I have about particular beers I tend to keep to myself.

You also know that I often comment on just how often beer jumps out and surprises me. This weekend, beer threw up a ripper.

Dr Lager and his family emigrated – to Sydney – in January this year and after a few adjustments have settled into the Harbour City quite well. New schools and a new neighbourhood have been sourced and bedded down and a new routine established. Mrs Lager, however, was to turn ... a certain age that women don’t talk about ... you know the one? ... HMM HMM ... more than thirty less than fifty? ... minimum Cougar eligibility age?

Anyway, it was decided by Mrs Pilsner, in concert with Dr Lager that Mrs Pilsner and the middle Pilsner would sneak into Sydney on the weekend and surprise Mrs Lager for birthday. Lovely. Cut to the arrival. Lots of “OH MY GOD!!”s, lots of “I CAN”T BELIEVE MY PILSNERS ARE HERE!!” and lots and lots of tears. So what. What has that got to do with beer, I hear you say. Be quiet for a minute, will ya and just savour the Kodak Moment, ya un-culture-ma-lated bastards.

Cut to the bit where they have had a lovely dinner at the pub, the kids have had a ball and they have all come home to bed. Except for Mrs Pilsner and Mrs Lager who stayed up chatting, giggling like a couple of giddy schoolgirls and drinking bubbles like the city of Champagne had just closed for good. Having run out of bubbles (having bought some more on the way home from dinner, mind) they ventured to the fridge region controlled by the Beer Republic of Dr Lager.

“We ran out of bubbles so we had to drink a beer,” said Mrs Pilsner casually on her return.
“Really?” I replied. “And what beery offerings from Dr Lager’s fridge did you help yourself to?”

“I had a Fat Yak,” she said, as if she drank beer at all. “I actually really liked it!”

So there you go. Make of this what you will. Either Fat Yak is the perfect late night refresher even for people who DON’T drink beer, or Fat Yak is only drinkable by non-beer drinkers after a heavy night on the bubbles and you’re so desperate that ANYTHING WILL DO.

In the interests of protecting beer’s reputation, I’m going with the former.

What can I say. The renowed, famous and infamous Pilsner Family Hospitality was once again in full force. Thanks for lending the middle Pilsner and Top Shelf Pilsner - fantastic weekend ;-)

That said, who knew that it would take a full WEEK to recover from a Fat Yak? Or maybe just a few too many hours spent in the city of Champagne...

See you all in a few weeks time! xo!

Mrs Lager - I have to question just how much you really drank and wether you have fully recovered! Not only did you refer to me as DR LAGER (your husband) but you then e-mail me to apologise and ask me to change it to DR PILSNER?!? I'll have you know that we pretend Professors don't take kindly to being referred to as 'Doctors'. Hmphh!!

I think a more relevant point is to discuss the ethics of this little late night fridge raiding.
I happily provided the beverage of choice for said wife and dear friend. Even made the decision to leave the merry revellers to their own devices so I would take the two young ones at 6am the next morning to let the two party girls recover.

But surely a man's beer is sacrosanct? The last thing I said to them was," buy another bottle" but no they knew best!

A lock on the fridge may seem radical but is being considered.

Yeah Dr, it's probably just a bloke thing. Is there ever such a thing as 'too much beer'? Why, when you're in a bottlshop and up for a session, would you ever consider the minimum amount you might drink?

Don't worry about the lock on the fridge, I don't think they'll be back to the well anytime soon!

I'm interested to know what type of credit points one accrues by donating a beer to the cause and then looking after the young ones (not Vic, Rick, Neil and Mike, mind you) the next morning?