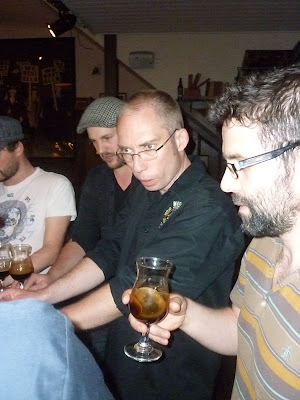 I told myself I would staunchly resist the temptation to throw in a lame-arsed ‘Sherlock Holmes’ gag when posting a review of Tuesday night’s Ale Star session at The Local Taphouse in St Kilda featuring brewer Shawn Sherlock from Murray’s Brewing Co but, well, some rules are made to be broken, aren’t they?

In any event, after speaking to Shawn and listening to him address the assembled beer lovers I decided that the literary reference was not quite so lame-arsed. Elementary is not a bad way of describing the philosophy behind the brews which come out of this Port Stephens operation. Murray’s Craft Brewing Company is really all about taking the elements – the yeasts the malts and the hops and the passion and the love – and crafting beers that are big on flavour and aroma and interest. Elementary. There ya go. 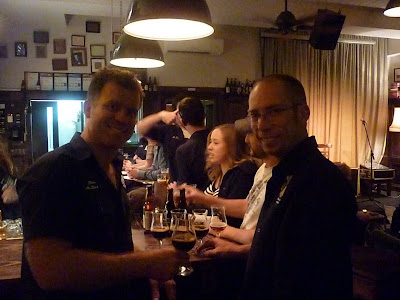 Shawn spoke of the ‘less-than-strict’ adherence to style markers that characterise his work. The Murray’s beers that he takes stewardship of are BASED on a style and are unashamedly ‘beers we like to drink’ Shawn explained. I like that.

And so did the fifty or so Ale Stars who greeted Shawn’s introduction with an almost (hate to even mention her name!) Oprah-like round of applause and just a smattering of hootin’ and a hollerin’. If you’d told me a few years back that Australian craft brewers would be welcomed to the stage as Rock Stars I would have laughed and suggested you buy me a beer by way of compensation but such is the marvellous nature of the scene here at the moment.

Shawn spoke of his love of taking ingredients, playing with flavours and brewing a beer that is for drinking rather than judging. “I tell people, drink the beer and then tell me what style you think it is,” Shawn declared, highlighting the advantage of being a still-active homebrewer and also having a good relationship with the bloke who signs the invoices. 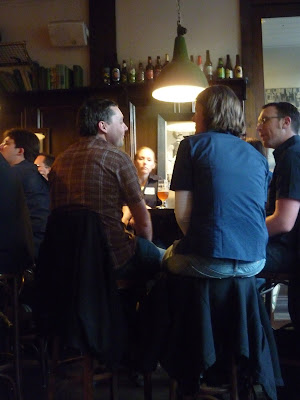 The beers we shared further underlined the advantages of true craft brewing with the exceptional Punch & Judy English style bitter getting the crowd started with big fresh hoppiness, nicely balanced against the fruity malt and all wrapped up in a surprising 3.9% ABV. This is the perfect example of what Murray’s are able to achieve; beers with character and interest, true to style or otherwise.

The very tasty Angry Man American Brown Ale followed with plenty of punchy backbone which barely hinted at its 6.4% - very well hidden. This was a good way to prepare the palate for the Grand Cru, a big bold Belgian Strong Pale Ale nudging the 9% mark and packing in plenty of authentic Belgian character despite being a hybrid Golden/Strong ale. 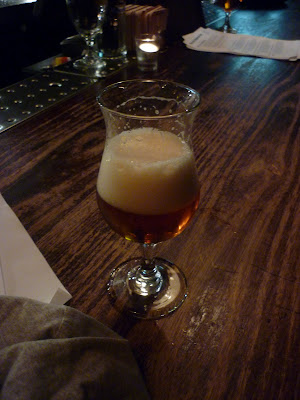 We finished with the Iconic Icon 2IPA described as one of the hoppiest all-year-round beers brewed this side of the Sierra Nevada and who am I to argue with one as knowledgeable as Shandy? A pale ale in the American Imperial genre which essentially means it’s hopped to within an inch of its life (this one holds a full kilogram of hops in every 100 litres) it is full of flavour at both the malt and hop ends and the 7.5% ABV doesn’t intrude on the refreshment or the enjoyment.

I say we finished on this beer but, if Ale Stars and the Taphouse crew have taught us anything over the last two years it’s that it ain’t over till the Fat Lady finishes singing. There was yet more hoppy goodness to come in the form of the last remaining ten litres of Murray’s Spartacus a one-off, limited release Imperial Pale Ale which unleashes a 10% and 100IBU assault on your taste buds. We have to hope that other local craft beers look at this ‘Spartacus’ and likewise declare; “I AM SPARTACUS!!” 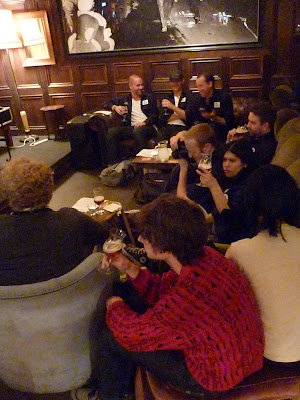 As always, The Local Taphouse did the job. Attracting a brewer of Shawn Sherlock’s standing in the Beer Community and getting him to make his way down to Melbourne to share his brews with an appreciative audience was a win all round. As many were heard to comment later in the night (way too much later!) if you’d dared to suggest five years ago that a bloke who brews beer would get a ‘rockstar reception’ from fifty strangers young and old at a pub that serves twenty different craft beers from the tap and another hundred or so from the bottle you would have raised more eyebrows than Tiger Woods’ missus.

And that is a good thing.