One down and one more to go 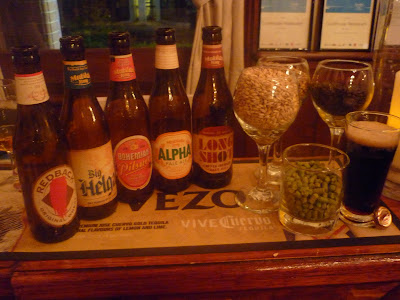 Last weeks’ Beer Blokes Beer Dinner at The Courthouse Dinner was a cracker with another full house, plenty of beautiful food, wonderful beer and just a few tears.

You see, during the preceding week an offer to buy the restaurant was made and accepted within the space of three days bringing the curtain down on the six year tenure of Chef and owner Tim O’Brien. It also meant that I was out of both my restaurant manager role and my very successful gig as Beer Dinner host.

It was tough having to look around the crowded dining room at the faces of those who had supported the concept of our Beer Dinners and the handful of new faces who had only recently discovered them – people who, six years ago might have taken a bit more convincing to take a punt. It was a difficult task to tell them of the sale and that this would be the last Beer Dinner at The Courthouse.

And then, a reprieve! Tim decided to throw open the last Friday before handover to one last almighty beer-driven funfest. One last chance to celebrate beer and food and fun and friendship to get really, really loud. Just the way a Beer Dinner should be. But it hasn’t always been like that. 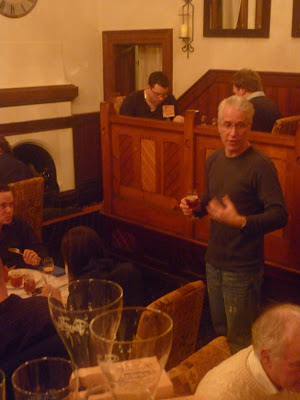 When we first began slotting dinners into the restaurant calendar we had high hopes that the concept would fly but were equally realistic that we were entering unknown waters. Not only was there nowhere in Melbourne holding regular functions, but there also didn’t seem to be an understanding by the general public of what a beer dinner entailed. “You’ve heard of a Wine Dinner, haven’t you?” I’d ask and the reply was always the same; “Yeah, of course but how does a Beer Dinner work?”

In addition to this road block we were the only restaurant for miles around that had more than ten beers on the list meaning that the area wasn’t really considered a haven for beer lovers. But this was to work to our advantage as we kept promoting and pushing and speaking to anyone who showed even a passing interest in our extensive offerings (about 40 beers at the time and now close to 100) and the word began to spread. Plenty of punters showed a real excitement for the prospect of a five course dinner with five matching beers, but turning good intentions into actual bookings proved harder than we thought. 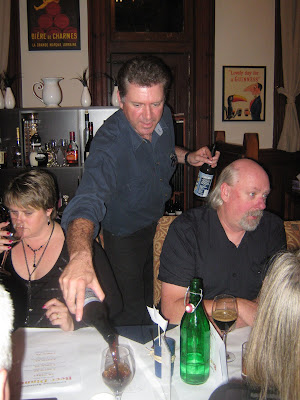 But we kept plugging away. We ran the dinners – seasonally in the first two years and often with just a table of two and a table of four (mostly mates and true believers!) – and we stuck at it. To his credit, Tim allowed me to stick with the formula – it worked with those who DID come along, we just needed more bums on more seats. We decided to maintain the same high standard rather than ‘dumb it down’ in quality or price just to ‘buy’ patronage. Before long we could fill the smaller Magistrate’s Chamber function room at the back of the restaurant and every now and then we’d move to the main dining room.

And so to the present. In the past eighteen months we have filled the front room and rescheduled the dinners to the point where, instead of once every 2 or 3 months we have held them every month and have had to knock back as many bookings as we have taken. Yes, I’m glad we stuck with it. We’ve showcased a hundred different beers from home and abroad and exposed novices to the different tastes and flavours of the beer world. We also now have an e-mail list as long as the bottling line at CUB and I’ll let you all know where the Beer Blokes Beer Dinner turns up in the future. 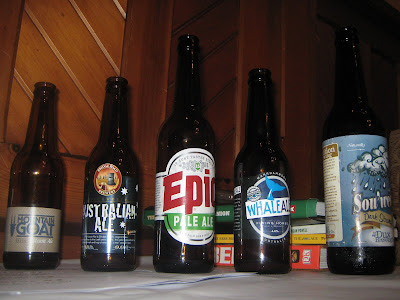 And so for one last dance. I’d post an open invitation here but that would be teasing as we have already filled every seat and even have a waiting list happening. I guess that means I’ll just have to take the show on the road after November 13th when the Courthouse closes its doors and moves into its next phase under new owners and a new concept. Happy to talk to anyone who might like to see what all the fuss is about!

Thanks to Tim for his faith in me and thanks to all those Berwick beer lovers who have stuck with it and made these dinners not just the only regular beer dinners around, but probably the most fun as well.

Oh, no! You must feel a great sense of achievement in looking back over the past few years, but always sad to move on from something you've built up and worked hard at for years. Good luck for the final Courthouse Beer Dinner!

I know of a place that would be perfect for your beer dinners mate - the Oxford Hotel... in Leederville... Perth... just around the corner from my place.

Might have to take you out this weekend to scout for some suitable Sydney locations! You reckon the Coogee Bay Hotel would be up for a Beer Blokes Beer Dinner? What beer would you match with Poo Ice Cream though?