An Englishman, an Irishman and a Scot walk into a bar... 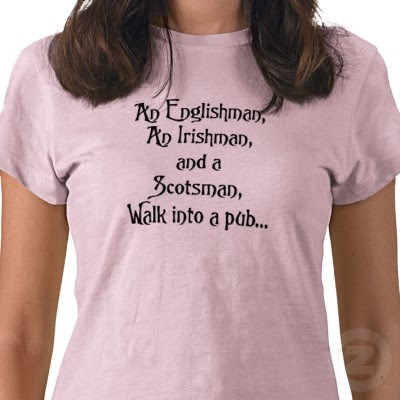 While it might sound like the opening line to a politically incorrect joke it came to life in living, breathing, drinking colour recently when The Courthouse Restaurant in Berwick held its first Great British Beer Dinner.

When putting together a wishlist for beers to showcase for the average punter in the outer eastern suburbs it soon became apparent that some of the favourites were representative of the united Kingdom’s combined classics. With a reasonably large population of ex-pats living in and around Berwick it seemed logical to offer a taste of traditional and new world interpretations of regional styles and match them with similarly themed dishes.

As for the post title? I figured it was a logical step to match three traditional beer drinkers to their land of origin and, to this end, I convinced three mates to join me in selecting, presenting and drinking these fine beers. James Smith (The Crafty Pint, The Age and father of Good Beer Week) agreed to represent England even though he was born in Scotland and often secretly curses his father for moving the family from Fife before he had the chance to craft a fine Scottish accent.

Andrew ‘Shandy’ Gargan couldn’t say “YES!” quickly enough when asked to represent the rolling hills and rolling drunks of Scotland and promised to use all his skills as the host of The Local Taphouse’s Ale Stars beer appreciation sessions to regale the assembled diners with tales of beer history and Scottish lore. As a vegetarian, I promised not to make too much fun of him.

Chris McNamara may have an accent as laconic and broad as the Queensland beaches for which he yearns but his surname and his knowledge of beer was passport enough to get him the gig representing The Emerald Isle. Each lad was asked to suggest food matches for beers of their choosing and the stage was set for a night of fun and frivolity.

Kicking off with a Celt Cwrw Lager as a token representation of Wales (Tom Jones wasn’t available) we got straight into the first course of Scotch Pie with Clapshot and the gentle charms of Fraoch Heather Ale. Shandy’s tale of paternal loyalty and recipe protection had the room wondering as to the true nature of the Scotsman and his beer. (Without wishing to give away the ending if you don’t know the story – they all die)

Chris then regaled us with tales of youthful devotion to a cute Irish lass and how he felt a little giddy – not from her Emerald charms but from the near cardiac arrest-inducing qualities of a traditional Irish Fry and Boxty such as was paired with the Kilkenny Irish Ale. It was up to James to provide some semblance of history/culture/context to a night that was fast becoming a series of stories of drinking and misspent youth.

Not to be. James kicked off by reminiscing about the last time he was at The Courthouse and had to endure the double pain of being sat next to Shandy for the night AND having to drive an hour home and therefore unable to savour the joys of our extensive beer list. Tonight he was able to sip plenty of Samuel Smith’s Old Brewery Pale Ale with his beer battered fish supper & mushy peas.

We finished with a dish whose provenance seemed something of a mystery to the guests. Is Sticky Date Pudding an Irish, Scottish or English dish? Is it even originally from those parts? Some figured English merely because it has the word ‘pudding’ in it and that’s just about good enough for me. The beer we matched with it and a serve of homemade banana chip ice cream certainly WAS English – though far from traditional. Wells & Young’s Banana Bread Beer worked a treat with both the pud and the ice cream and of that there was no argument.

A very special ‘Thank You’ has to go to the boys – not the least for the trek of some two hours on public transport from their cosy, craft beer friendly inner suburbs – but for the generosity and compassion shown to those of us ‘East of Glenferrie’ who don’t have the world of good beer on our doorsteps. Their insights and anecdotes were well received, if only because it meant that the regulars didn’t have to listen as much to me.

The next Beer Blokes Beer Dinner at The Courthouse Restaurant Berwick is our famed Oktoberfest dinner and the boys have already revealed that they are at least 1/16th German one and all.