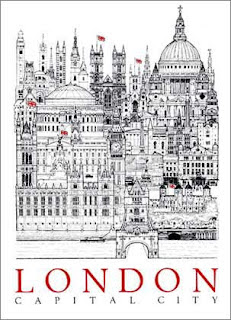 Well well well (three holes in the ground). When I moved to London in February, I thought it would be a great opportunity to experience Real Ale in it’s element. But a couple of months before leaving, I started having some stranger than normal reactions to beer and after some experimentation and a chat to my doctor he strongly suggested I cut back on yeast… ‘Sorry Peter, I know it’s Christmas Eve, but Santa’s not coming this year…’ Needless to say I was gutted, and while scotch on ice has become my drink of choice, I am happy to put up with the side effects and strange looks of ordering ‘a half pint’ of any new Real Ale I haven’t had before.

The smaller quantities make me more appreciative - and appreciative I have been.
The English pub scene is massive. Compared with Australia, the volumes of alcohol consumed in pubs here are also truly amazing. I work in the heart of the finance district and most pubs are packed most nights. Rather than trying to drink their weekly quota on Saturday night as we Aussies often do, the poms are much more obliged to spread it out over the course of the week. This is certainly helped along by a more encouraging attitude towards the midweek hangover in the workplace.

While London is clearly the home of Real Ale, Londoners seem to favour the mainstream beers, particularly with a very warm Summer. Fosters (yes I know nobody drinks it in Australia), Becks and Amstel are the popular choices. Nevertheless, the Campaign for Real Ale (CAMRA) is alive and well, with a bubbling community out there passionate to keep Real Ale off it’s death bed. In an average English pub lager taps generally outnumber real ale hand pumps 2 to 1, but most pubs still offer multiple options from the hand pump – a great effort given the need to turnover a keg a week to maintain freshness. Depending on how it’s been looked after and the time since the keg was tapped, there is typically a lot of variety in taste of the same ale from pub to pub. However most bar staff (often coached from the other side of the bar) are pretty good at getting the best flavours out of the beer.

I’m like a kid in a candy shop, and looking forward to adding more boutiques to the list as I get out and about in the next few months. But from my 4 months on English soil, here are five which have gained my nod of approval:

Real Ale is an essential part of English culture. There’s something very nostalgic about it. I can’t put a finger on why, but it just feels right having a pint of ale in a glorious old English pub. Especially when it’s cold outside. Drinkers preferences may be moving towards fizzy, ice cold beer, but something in my own gut tells me that the hearts and stomachs of English beer drinkers will never let Real Ale die. 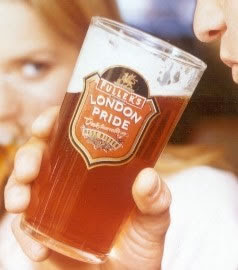