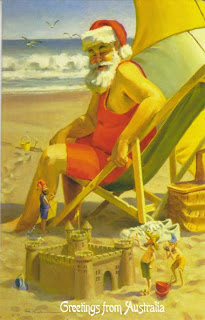 As we approach that special time of the year I thought it appropriate that we all pause for a bit to be thankful for the fact that we have been so blessed throughout the year with beer related entertainment on these pages.

Back in September we looked at beer music and the ways in which the amber nectar has influenced our song writers and musicians and here I figured we should research how the brew may have snuck into Christmas songs and Carols.

Your traditional Christmas Carols are pretty thin for beer references unless you count the word ‘spirit’ but even then, it’s not really beer, tho’ I have had more than one experience of the Christmas spirit overtaking the mind and body as a result of one too many lagers.

Now, the more modern songs lend some note space to drinking and some are even specifically beer related mentions. Others are sort of ‘implied’ in that they talk of getting together with family and friends and this is a fairly straightforward picture painting of folks sipping chilled lagers in the hot Australian Christmas sun. Our family has a tradition of playing Australian Christmas songs and reworked carols pretty well non-stop from the last weekend in November through to the middle of January. The kids just love them and they have the advantage of keeping at bay all the questions about snow and sleds and white things that northern hemisphere songs inevitably throw up. Listen to enough of them and, inevitably, I throw up, too.
Pull up a comfy chair, crack a beer and sit with me as we listen to some of my favourite Christmas beer music.

Aussie Christmas with Bucko and Champs is the product of master songsters Colin Buchanan (Play School, 10 time Golden Guitar winning country music performer and ‘top bloke’) and Greg Champion (Couldabeen Champions, ABC Radio, countless solo country and comedy recordings and ‘top bloke’).
Volume 1, the original, is an absolute cracker which was pulled from sale due to copyright issues. I still have a copy and it is the only CD I will ever burn copies of for friends. You’d reckon Warner Music would be big enough to have a laugh at Santa Claus has got a new Truck, Frosty the Yobbo and Robert the red nosed Reindeer, but there you go. (Volume 1 was re-released with the ‘offending’ numbers excised and a few bonus beauties replaced them).

you just know the boys are tuned into that mysterious connection between Australia and its beer. And you surmise that maybe the boys had a close connection with some beer when they were writing and, certainly, performing some of the songs.

In “Deck the Shed with bits of Wattle” the third verse rips in with;

Say G’day to friends and relies
Wave them off with bulging bellies
Kids and babies, youngies oldies
May your fridge be full of coldies #

as well as an invitation to ‘whack some gum leaves in a bottle’ and we all know what kind of bottle you’d whack gum leaves in for Christmas, don’t we? I have had a big sprig of gum leaves each Christmas for years now sticking out the long neck of a Hahn Premium bottle. Well, it’s pretty hard to find Australian themed deccos anywhere, so sometimes you just have to make your own.

“Frosty the Yobbo, as everybody knows
Is a snowman with an attitude and a carrot for a nose.”
Need I say more?

From Volume 2 there are plenty of veiled allusions to sharing a joyful ale in songs of BBQs and get togethers in Australia for Christmas as well as a cracker of a tune titled ‘Christmas Bob’.

‘Here comes Christmas Bob
Sellin’ cheap pressies in the pub
If you’ve got the cash then you’re in luck
Get a cheap VCR off the back of a truck.’

But the song which really taps into the intrinsic value of the shared beer and the cultural significance it holds in the Australian psyche is the first in the ‘serious’ section of the CD. ‘Good Old Wally King’ is a beautifully crafted and touching reworking of the Good King Wenceslas Carol* as well as tapping into the Jolly Swagman legend at the same time. Wally King is the archetypal Aussie battler farmer looking out over his crop on Christmas Day and sighting an old mate in the distance.

Now, Wally’s crop is none other than barley – the very building block of the brewing process – and his old mate, Charlie, appears to have fallen upon hard times. Wally wastes not a second in beckoning his wife, Agnes, to make another place at the table for his cobber on this Christmas Day where he can share a meal and the true spirit of the Season. Without saying as much, you can bet Foster’s to a can on that the first words out of Wally’s gob would’ve been something like; “Come in mate, ‘ave a beer.”

I truly hope that as the years roll on some of our prominent and talented song writers can come up with similar songs that so eloquently capture the unique nature of the Australian Christmas experience and especially the role of the shared glass over a meal or while sat out on the porch in the fading summer light. Beer is just such a part of sharing special times and I personally would love to see its place in our culture given the respect that it deserves. I’d also like to see these tales told in opposition to all the negative press that beer gets whenever a dickhead or dickheadette lets loose with the brain in neutral and the amber cops the blame. But you already knew that.

Next time you’re out and standing by the racks of Christmas Specials, see if they have Aussie Christmas with Bucko and Champs Vol 1 or 2. If they don’t have it, ask them why they don’t have it and then suggest that they DO get it. OK? Or find them for sale online at Gumtree music. Have a listen and a laugh and a beer and let me know how it all turns out.

Click on the link thingy at the end of the post and it will pop up the full lyrics. Colin and Greg, if you’re listening, I don’t mean to infringe copyright or anything – we all know what happens when you pull that sort of caper – it’s just for our Beer Bloke mates to have a gander at. Cheers.

*Pop back to the article on the Weihenstephan brewery for the full story of how King Wenceslas slots into the history of beer. December 4.

#This line is also the title of one of Champs’ solo offerings.
Posted by Beer Blokes at 12:00

Email ThisBlogThis!Share to TwitterShare to FacebookShare to Pinterest
Labels: music;Christmas;culture

What a joy to be able to sing the lyrics to my favorite songs. Thanks for all your efforts and posting them on the net. Here's my list of christmas classical music