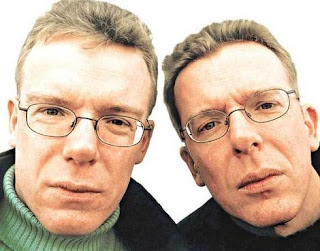 It’s a funny thing – hence the title for this piece – but when I’m sitting with my thoughts and a beer or two I sometimes recall things from many years gone by and these beer songs are a good example. Beer songs made up using the tune of a song of the day and clever lyrics is an Australian pastime. And there are some which are more developed than the classics like ‘More beer, more beer, more beer, more beer.’ Here are a couple of my own – and some partly ripped off – originals.

I remember that I heard someone use the ‘catch line’ from this first song in a bar I was running about ten years back and I went home and wrote the verses to complete the song. On a deep level it tells the ancient tale of the power that beer holds over us and the respect with which it must be held lest its abuse and disrespect lead us astray and into temptation. On a more shallow level, it tells the modern tale of how chicks who are stinkers sober, get progressively more attractive as the beers flow. Or overflow.

The tune is The Knack’s ‘My Sharona’.
And so I don’t give away the ‘tag’ I have run the three verses together then the chorus, whereas the real song has two verses, the chorus and then another verse. Pedantic, I know, but I don’t want complaints that I have butchered a perfectly good song.

‘Oooh, you’re not a pretty one, an ugly one
I wouldn’t even give you the – TIME SHARONA!
You don’t make my motor run, you’re a bum
I think I’d rather bath in some – LIME SHARONA!’*

‘Keep a little distance please, away from me
The ‘Ugly Cops’ should give you a – FINE SHARONA!
But is it just my destiny, to be a sleaze
And will I have to give you a – TRY SHARONA!’

‘I have only had four beers, just four beers
I’m gonna have to get me a – FIVE SHARONA!
Then another two, just for you
You are really startin’ to look – FINE SHARONA!’

Maybe one more drink, then I think That not so much will you stink
Can a beer, bring me cheer And the courage to come near,
She -started -looking -good after – NINE CORONAS!!

And we’ve all been there, haven’t we? Except for me, I don’t drink Corona. The next ditty is to the tune of The Proclaimers big debut hit, 500 Miles. I first saw the brilliant Scottish comedian Craig Ferguson (aka Bing Hitler) perform the chorus bit on telly somewhere. I tried to find the full version but You Tube had pulled it for some reason. I think, from memory, that the song was just a ‘snippet’, in that it was only a line or two, so I have taken the liberty of writing the verses.

It is translated from the traditional Scottish.

Hope you found these tunes amusing and get a chance to try them out loudly one night during the following months. If I remember any more or get the inkling to write some more, you’ll know where to find them.

*I cleaned this line up in case the kids are reading. It used to say; ‘I’d rather stick my d@#k in some lime, Sharona.
Posted by Beer Blokes at 10:04