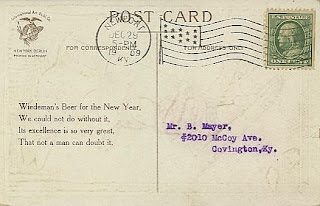 Remember when you were little and your Nan was on holiday interstate or overseas and you would wait by the letterbox in the hope that the cheery old postie would hand you a letter or a parcel from some far off, exotic locale with a funny looking stamp and a whiff of the unknown?

Of course you don’t. It never happened. The postie was a surly old prick on an undernourished motor scooter that was more like a box of farts on wheels and he barely even slowed down enough to stuff your mail in the slot by the fistful and the only whiff of the unknown was his B.O. Never mind, you just remember it the way you like. Cue flashback music and wobbly screen effect.

Meanwhile, back in reality, there are still some moments of childlike excitement that befall the humble beer drinker and blogger that inspire thoughts of melancholy and stir yearnings for simpler and rosier times and at the same time conjure thoughts of enterprise and opportunity and make you say out loud; “I reckon I make a quid out of this ‘ere idea!”

I say this because, recently, the brother-in-law and his good lady wife, The Crazy Unicorn – don’t ask- were enjoying a brief sojourn in Vietnam and they found time to send some interesting postcards for the little lady Pilsners featuring such bucolic peasant scenes as village children swimming with buffalo, elderly villagers toiling in the fields with buffalo and local hotel scenes featuring locals drinking local beer with a car park full of buffalo. There was even one which, I shit you not, depicted a local village trader or consumer transporting a slightly less than living buffalo strapped to the back of a pissy little wobbly motor scooter displaying balls the size of oranges parked over the pack-rack. That’s the buffaloes’ nads not the villagers’. The bike made the surly posties’ two-wheeler look like something out of American Chopper. And the buffaloes’ cods may have explained the whiff of the unknown.

Anyway, a couple of days after that – actually it was a couple of weeks after they returned to Australia, thanks very much Australia Post – I received a posting of my own. But no letter or strange smelling peasant handicraft, this. No, it was a CoasterCard (Trademark pending so don’t even think about pinchin’ it) sent from a pub/hotel in Saigon. Chris had managed to scrawl a beautifully semi-legible drunken rant on the back of a bar coaster and whacked a stamp on it and sent it on its long journey to Oz. So together we hit upon the idea of marketing this new, groundbreaking, beer drinking product automatically assuming that it had never been done or thought of before, ever.

How cool would it be to stroll into your local, or someone else’s local in a far off place, order a nice local beer and, upon receipt of same, be presented with a nice matching coaster. After smiling and politely thanking the barperson, you sit down to enjoy your beer only to discover, upon turning the coaster over (after first taking the beer off it) that it is, in fact – a coastercard!!! It has a spot for a stamp and a space for the address and, as the night goes on and the beers go down, you can ask for one with lines ruled on it cos’ ya too stankered to writ straight! Sweeeeeeet!!

Support the thing that supports your beer. Drink beer. Send a CoasterCard! 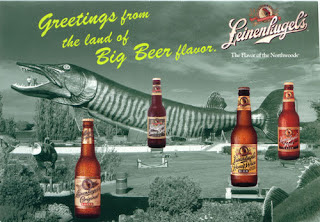