We now return you to normal programming 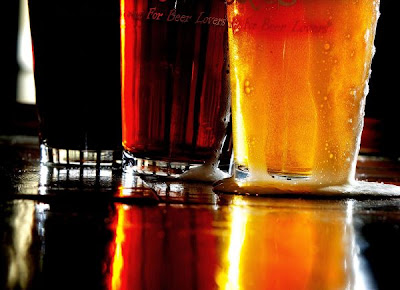 At around 7 50pm on Wednesday night the pager beeped yet again. This time, however, the message was the one we had been looking forward to for the past three weeks. There were no more specific requests for fire or storm related tasks like running forward command centres (FCC), Municipal Emergency Response Centres (MERO), Incident Response Centres (ICC), Relief Centres or CFA Staging Areas. We were also informed that the RECC (Regional Emergency Communications Centre) would revert to a Central Duty Officer (CDO) role as of twenty hundred hours that night. I could begin thinking about things returning to normal (BEER).

The following day the news came through that the Kilmore East/Murrundindi complex fire that had been burning out of control, and the cause of much of the devastation and death since Black Saturday, was now officially listed as ‘contained’. That means that it was still burning, but within containment lines. This fire alone – and remember it was one of about eight significant blazes – had torched just on 186,000 hectares. That’s like a small country.

Our last three weeks have been spent either out and about at various fire grounds assisting with clean-up or recce operations, running information and liaison centres for residents in affected or threatened areas, lighting and supplying staging areas ahead of bushfire operations or bracing for, and then cleaning up after, wild wind and rain storms that lashed the state last week. Victoria – 46 degrees one week, pissing down the next. Lucky we are known for our sense of humour.

We’ve come to the back end of our worst fire season ever. The heatwave that gave us some three weeks of plus-thirty degree days dotted with four and five day bursts of plus-forties is over. The storms and rains have passed.

I’ve missed my blogging. Truth be told, I’ve missed my beer. he odd one or two here and there without the luxury of being able to sit and sip and really enjoy it. We’ll get right back into that –starting this week. Except that my team is ‘on-call’ this week, so maybe next week. Dr Lager and his family are over for lunch on the public holiday Monday, so may just give it a fair old nudge before the week begins.

And, while I haven’t had the time or energy to post much at all, I have been busy collecting thoughts, opinions and stories for the blog. And be warned – some arse clowns are in the sights for some serious back-handers. It’s good to see that the dickheads have not been idle while I’ve been busy.

Thank goodness you are back Pete! I've decided to bring pumpkin soup to lunch tomorrow as an entree. Yes, I know! Just giving you some warning. It will be heavenly, however, a little tricky to match the pumpkin flavour to an appropriate beer. I'll leave you with that challenge! Till tomorrow xxoo

Good to see things are easing back in Aus. Now there is one pressing mission for you to complete. Drink that bottle of SNPA! The suspense is killing us!

Good to be back. (Back-dated) Thanks Fi, the soup was sensational. (Post-Dated) Tim, the SNPA is chilling a treat in the fridge ... won't be long now.