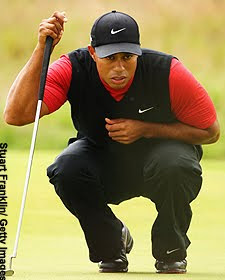 Never seen so much interest in one bloke since that long haired evangalist walked the streets of Jerusalem two thousand years ago. Fair dinkum, every paper, every news report every radio station - in effect, every normal part of my daily life - has been taken over by 'Tiger-Mania'. Would you believe that we interrupted a radio segment to announce that the door to the plane of Tiger Woods was opening, and, and, wait for it ... "he's wearing a cap, red polo shirt and some shorts!" I shit you not.

Anyway, there is bigger and better news to report for beer lovers and it seems as though the buzz is as big as that surrounding that bloke what walks around and hits a little white ball. That's the same man who once declared that "All the best hockey players are white, all the best basketballers are black and the golf course is full of white men dressed like black pimps." 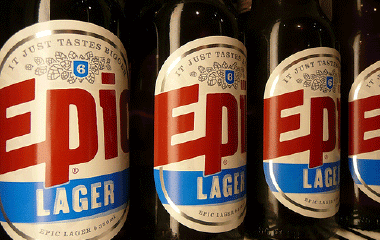 I don't know what Luke Nicholas thinks of sport but I do know that he can brew a fair beer. And his current tour is about as well planned and detailed as that golfing dudes'. Everywhere I have been in the last few days I've had people telling me about Luke's appointments. I was buying beer for tonight's Beer Dinner and Adam at Purvis Cellars was telling me about a Meet The Brewer tomorrow afternoon between 4 and 6 (free), Slowbeer has Luke appearing at a tasting night there tonight (Friday) 5 till 7, he will be 'on stage live' again at The Local Taphouse for Ale Stars on Tuesday night ($30 7pm start) after a trade tasting on the rooftop terrace from 2 til 5. I'll see if I can sneak in there in a 'Media Reporter' capacity! Does anyone have one of those pork-pie hats with "PRESS" sticking out the side? 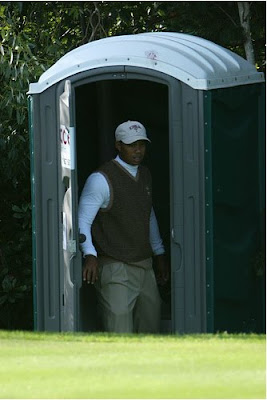 At some point I'm sure that Luke will take a breath and have a feed as well.
Posted by Beer Blokes at 13:13

What a stunning win by the great golfmaster Tiger Woods on Sunday. Talking about a great win,have you heard of this new beer called effenTM premium lager.

effenTM Premium Lager is an all natural craft brewed lager with no artificial colours or flavours, brewed with a blend of the finest Australian malts & New Zealand hops. It’s just so bloody smooth!

effenTM Premium Lager also won the People's choice best lager among 24 breweries, 16 lagers and 1250 attendees over the 2 days at the Victorian Microbreweries Showcase held on the 28th & 29th of October in Melbourne.

And what's more is the competition Effen Enterprises is running to find Australia's effenTM Great Bloke to be their brand ambassador, a guy who is free spirited, unique and enjoys a good beer with his mates.

Go to www.effengreatbloke.com guys to enter the competition. The winner and his best mate will both 'Win a year's supply of effen beer'. Now isn't that effenTM awesome, check it out guys.

Do I take it that this is my nomination for your Great Bloke promo? Is there something about my blog that attracts "No Cash For Comments" dressed up as comments?;) I am actually writing a post on this promo as we speak as I saw a bit about it featuring some ex AFL players in the weekend paper. Happy to plug - just give me a yell with the details.

You know, I was just thinking...I reckon when Tiger Woods wins golfing tournaments, he relaxes back in his hotel with a cold glass of Sierra Nevada Pale Ale. Apparently it's a very nice drop. What do you reckon Prof?

Ah, Damo, that's a VERY interesting question. Firstly, I don't think Tiger drinks - never seen him drinking and I didn't see him in any of the bars I was drinking in during his visit - and as to your query re my opinions, well ... you know I don't do Beer Reviews on this blog don't you?

Interesting question that Pedro brings up.

Professor, I read recently (ie two minutes ago on the Sierra Nevada Brewing Co. website) that SNPA should last up to 150 days when stored under optimal conditions.
Are you in any way concerned that you have missed your chance with that stubby that has been sitting in the Prof Pilsner Coolgardie Safe for what feels like an eternity?

On another note, when this blog first started, I recall that the Prof and Dr were home brewers. What happened to that gig? The reason I ask is because I know a bloke who is interested to know whether it is possible to create a beer that tastes like porridge (preferably porridge with a little cinnamon sprinkled on top).

I remember those blokes - Dr Lager pulled the pin after the second time he had to clean and sterilise bottles. He worked out pretty quick that it was the product, not the process that attracted him to brewing.