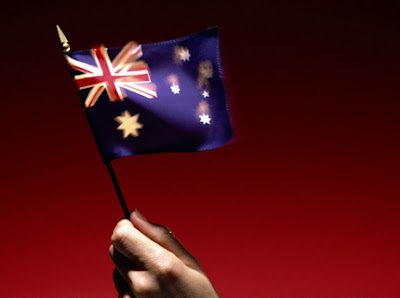 As we emerge unscathed from the festive season and the New Year it’s perhaps a good time to look at our place as a nation in the Beer World.
I’m particularly keen to do a bit of navel gazing at our national drink as it seems that, with one thing and another, I have spent most of January drinking American Pale Ales both imported and locally brewed. I don’t mean that to sound as though I’ve been sitting curled up in a dark room drinking for three and a half weeks, I just mean that most of what I have drunk has been APAs.
Tomorrow is Australia Day and it seems that recently many have developed the habit of using the day as a soapbox to tell anyone who’ll listen what is wrong with the joint rather than grasping the opportunity to celebrate all the good shit we have.
I’m going to stick true and use this opportunity to sing the praises of ‘The Amber Nectar’.
I am hosting another Beer Dinner at the end of February and so have been looking for the theme and the beers to match it. We were going to host the dinner just before Australia Day but with the ‘extended long weekend’ seeing plenty of folk taking the last chance to get away before the weather turns, we put it off. I was thrilled to realise just how many craft beers I can choose from to create a truly Australian theme.
In the last month I have had the pleasure of tasting beers from Sierra Nevada and Anchor Brewing and, while they have finally been crossed off the Prof’s wish list (crossed off – not ticked off) they have also made me focus on just how Australian beers differ from their more widely respected neighbours.
I’ve also recently had the pleasure of meeting with some of Australia’s finest craft brewers and have learned that although many of them were initially inspired by some of the iconic brews from the USA, they have a bold determination to break the mold and create something different without straying from the essence of the style. And, when you think about it, apart from the kangaroo, the emu, the platypus and a few other native species, most of what we call Australian has its origins in nearly every other far flung corner of the globe, so while we may not have our own ‘true-blue’ beer style, we can certainly lay claim to having some of the most dedicated and talented brewers.
So that’s how I’ll spend my Australia Day. Celebrating Australian beer. 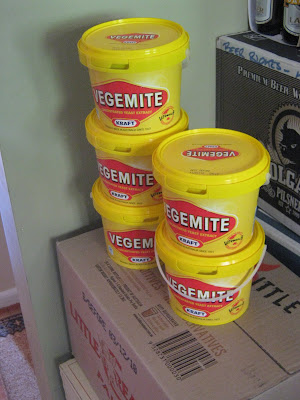 Oh, and being thankful to my friend who came back from the new supermarket warehouse thingy with some Vegemite for me.
Cheers,
Prof. Pilsner
Posted by Beer Blokes at 10:45