The People you Meet 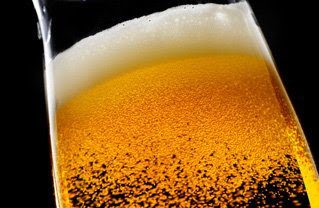 Last night was ‘one of those nights’. A nice warm evening, a full restaurant and fridges full of beer. But it was also the night after the full moon which, for restaurant managers and owners is a bit like ‘Forrest Gump chocolates’ – you never know what you’re gonna git.

Glenn and Cara are regulars at the restaurant and last night they brought James and Alison (over from England on holidays) for a dining treat. From the extensive beer list, to the revelation that we had another twenty or so beers ‘off-list’ in the cellar to the chef/owner regaling them with his awful English accent and the excellent meals, I think they had a ball.

As the intention was to try as many Australian beers as he could while he was over here, I promised James I would post a bit of a list of ‘must try’ craft beers. They are in Melbourne until Wednesday and then in Sydney for four days until flying home so I will list as many pints and paces as I can think of quickly. I’m sure my readers will use the comments section to fill in any gaps that I leave. Here goes.

You absolutely, positively, beer-a-tastically have to get out to St Kilda East to The Local Taphouse for a quiet ale/lager/wheat beer/specialty brew or four. See the link on the right hand side of the blog for their details. If you have time, a trip out to Coldstream Brewery will cover off your fresh beer, cider and Morris dancing requirements and they serve a decent meal as well. If you find yourself closer to the city, pop into Beer Deluxe and ask for Barney. He’ll hook you up with some really nice craft beers and the atmosphere there is great. Transport (on the other side of Federation Square) is also worth a look for the range alone.

Mountain Goat (Richmond – but probably not in the time-frame) or Bridge Road Brewers (they had the Chestnut Lager last night) will give you a great taste of the Australian take on craft beer while any of the Holgate’s offerings will reveal an Australian take on some English classics. It’s really hard to recommend any without leaving out as many as I can include but judging by what you liked last night, you won’t go wrong with Red Hill (Wheat or Golden ale), Matilda Bay Redback, Fat Yak or Bohemian Pilsner and Hawthorn or Kooinda Pale Ales.

I might leave the list there as, even though James is ex-Navy and showed a fair beer-capacity I don’t want to turn the list into a dare!