Ale Stars. This could be a big one. 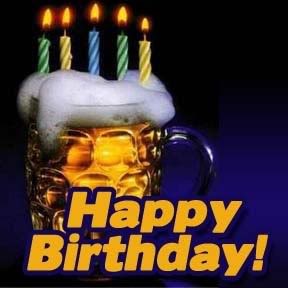 I’m off to a birthday party tonight. It’s a first birthday party and I can drink as much as I want. For the first time in a long time, the Prof has a lift into The Local Taphouse for the 1st Anniversary edition of Ale Stars.

Pretty fortunate, really, as we are to be treated to not four, not five, not six .... but SEVEN beers in a ‘Best Of Ale Stars So Far Extravaganza’. Picked from the twelve different beer styles and types that we have visited since August last year, these beers range from hefeweizens to stouts and from English Pale Ales to saisons and smokies.

$35 rather than the usual $25 with trivia (not mine), pizzas and plenty more as well.

I also hung up the driving gloves for this one, it will be a big night! The temptation of seven excellent beers really pushed me over the line, and it being my last ale stars (subject to special surprise appearance in November!)

Now we have seen Shandy's 7 favourites beers from this year. I wonder what is your 7 favourite beers Prof?

Very good question - I've been thinking about this myself. Give me a day or so, I need to narrow the field down a bit first.

They weren't strictly my 7 favourite but a mixture of what I thought had gotten the best responses across the board. Although I obviously skew the numbers a bit. Next year will be more scientific as we'll collect votes on the beers each time.