Beers for Cheers and Tears 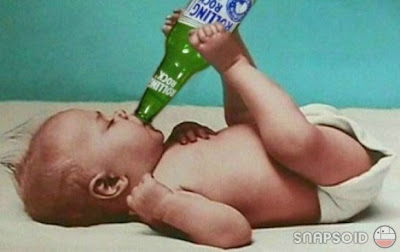 Regular readers of this blog – that’s people who read this carp regularly, not people with good, high fibre diets – will know what I mean about the occasion making the beer. Sometimes a beer is all the better for having it at a certain time, in certain company or for a certain reason. There is always an occasion. That’s for certain.

A phone message from Ale Star Czar, Shandy to announce the safe (if slightly overdue) arrival of the second baby boy for he and Tracey came on the back of the news that a mate had passed away after a short illness. Life goes on, Big Picture, Circle of Life – that kind of thing.

Stewie was a mate through my involvement with the Melbourne Storm Rugby League Club and, in particular, the Graveyard Banner Crew. A trip to the doctor for a bout of pneumonia led to the news that no one wants to hear, and we have been riding his illness with him and his wife Rose for just on a year. A top bloke, taken too soon. A couple of cans of Carlton Draught is not my usual bar order but, in the company of mates sharing a loss and speaking fondly of a mate lost just seemed to make those beers taste much better than I ever remembered it.

Wetting the baby’s head is just the same. I had been saving a six-pack of Bridge Road Brewers ‘The Harvest’ that Ben sent down from the brewery just before he sold off the last slab. One of my favourite beers of all time and the perfect beer to celebrate good news with. It was a very pleasant drop that passed my lips and made my mouth happy as I toasted the health of another mate’s newborn. I would have toasted him by name, but even as I write, a name is TBA. That’s To Be Advised for those non Gen –Yers and others who don’t speak fluent proper abbreviation.

Shandy, if it’s any help, I have looked to the beer fridge for inspiration. Hope these suggestions help. I am limited by what is in the fridge and the cellar as we speak. Timothy, as in the Landlord, Samuel, as in the Taddy Porter, Harve, as in The Harvest, Col, as in Coldstream Pilsner, Stephan, as in Weihenstephaner Hefeweissbier Dunkel or Fat Yak. You choose.

Sorry to hear about your mate Prof :(