Get set for GABS 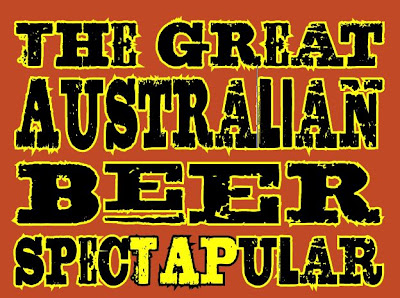 GABS. Remember this acronym. Not that you heard it here first but that this is the first time you’ll hear it – but it certainly won’t be the last.

The Local Taphouse in St Kilda has been running their now famous ‘SpecTAPulars’ since opening and these one-day keg-a-thons are a must visit event for any self respecting Beer Nerd. And Beer Geek. And Beer Lover.

Throwing the doors open at midday to showcase twenty taps pouring beers set around a theme, the place is still rocking at well after midnight (or just before midnight if you’re reading this from the Liquor Licensing Commission) when most, if not all, kegs have been drained. From ANZAC themes and 4th of July celebrations to Oktoberfest and every beery thing in between the SpecTAPulars go off like a frog in a blender.

But this looks set to make some of those previous outings look like a CWA Bake Sale by comparison. GABS is the Great Australian Beer SpecTAPular and, as the name suggests, it will feature Australian Beers. And it will be Great. SpecTAPular, even.

Twenty beers representing 22 breweries will be tapped for the very first time anywhere in the land. Most are first-time and one-off brews while others are the first time a brewery’s new seasonal will get an airing. Collaborative brews, spiced and fruited and barrel-aged and ramped-up to the max, these beers will thrill and amaze. The list of brewers who were able to contribute a brew is matched only by the ‘waiting list’ of brewers who didn’t get a gig this time around.

A link to the full list of beers and their brewers will magically appear at the end of this post as will a link to The Crafty Pint’s preview of the beery madness that looks set to ensue. The event will run simultaneously in both St Kilda and Darlinghurst Taphouses and the only thing that could make this event even more spectacular would be a weblinked feed on giant plasmas at both bars so that punters at each could witness the excitement and unadulterated joy taking place in the other.

Another feature of SpecTAPulars is the ‘ringing of the bell’ as each keg ‘taps out’. All eyes go to the board to see which brew has sold out and this time around I would reckon that the bell will be given a fair old workout. Could be time for management to look at getting an automated system lest the bell ringer go down with RSI.

For those, like me, who live an hours’ drive away and who have to work later in the day, a ‘casual observers’ position will be taken up somewhere close to the action and the thoughtfully small sample glasses may console me as I snap images for posterity and possibly later blackmail opportunities.

As was alluded to in the opening, keep an eye out for future episodes of GABS. Taphouse co-owner Steve Jeffares is a man who only thinks in one size – big. If this one goes to plan then next year may see GABS move out of the family home and into a much larger venue featuring more taps showcasing more brewers and serving more expectant beer lovers.

And, as Adam said when he first met Eve; “Stand back. I’m not too sure how big this thing’s gunna get.”

GABS, The Great Australian Beer SpecTAPular, kicks off on Saturday February 12th at midday in both St Kilda and Darlinghurst Local Taphouses.

Great blog, Prof! I am floored by the way this event is shaping up. Almost scared about how HUGE it will be!

The beer line-up is probably the best thing out of Australia that I've seen on my beer journey so far...so I'm itching to get there...!

I was pretty happy with the 10 beers on tap at Biero last night but this lineup looks the goods. No idea where to start (or finish) and will attempting to drink all of them be a folley.