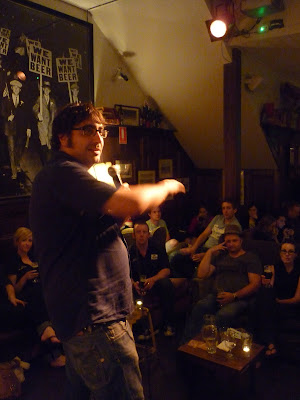 He’s a Chilean-born American from Brisbane, Tasmania, Fremantle and back to Fremantle via Belgium who now lives in Melbourne. And he knows just a little about beer. He’s Alex Troncoso and he has something to do with a little brewing concern called Little Creatures.

By his own admission he has held more jobs within this iconic Australia brewing company than he can fit on a wallet full of business cards including various brewing appointments and product development roles which has led him to his current desk in charge of ... new projects? Property management? Chief overseer of pretty much anything to with the smooth running of the place?

Something like that. He’s so busy I’m not convinced he knows what his job title is. 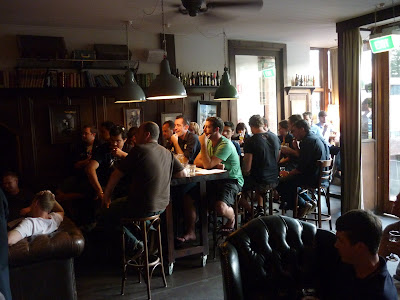 Thankfully he was not so busy that he couldn’t make a special appearance at Ale Stars at The Local Taphouse in St Kilda last night to talk and walk 68 interested beer people through five of Little Creatures and White Rabbits current offerings. By his own admission he was unsure of what to say and how it would be received but it didn’t take long for him to warm up and realise that this crowd is pretty easy to please. Just talk about what you do and keep the beers coming.

Five beers rather than the usual four (and full glass servings as well) meant that all were soon well refreshed and listening intently. That so many present were still recovering from Saturdays GABS SpecTAPular may have had something to do with the subdued nature of the mob. It’s not often you get people nodding off during Ale Stars and I will keep my promise to Tony and not mention anyone by name. There you go, Tony.

Most readers will be familiar with the beers we sampled with Little Creatures Pale Ale and Rogers Beer and White Rabbit’s Dark and White Ales having prominent space in many bottle shops around the country so we won’t be posting detailed tasting notes here – get out and grab some for yourselves and try them. What will be shared are some details about Little Creatures that maybe unknown.

Alex took great pains to dispel several ‘industry myths’ that circulate from time to time that paint Little Creatures as having moved away from all that made it many people’s favourite brewer. Over the past few years there have certainly been plenty of punters through the restaurant who have been convinced that ‘things have changed’ since ‘they became a mega-brewery’ and ‘stopped using real hops’...

Alex will often answer the last criticism while standing in a room stuffed to overflowing with bale upon bale of hop flowers, stacked against pallets of hop pellets and explaining that Little Creatures uses more hops now than they did when brewing began back in early 2000. He is also amused by those who decry the brewery as ‘mega’ pointing out that they are a mere 10% the size of Cooper’s.

Another myth revolves around ‘dumbing down’ the recipe to ‘cheat the drinker’ which pops up regularly. Many Ale Stars were, I’m sure, pleased to hear that LC are happy to switch hop varieties, alter mash temperatures and tweak other nerdy brewing procedures to keep their flagship Pale Ale up to scratch. Seasonal variations in raw materials and a constant desire to keep searching for beer perfection means that batch-to-batch variations are not just planned for but embraced.

The ever-present spectre of ‘evil big business ownership’ was addressed well when Alex explained that, not only has Lion Nathan always had a 37% share of Little Creatures parent company, but they have never exerted an influence when it comes to the integrity of the finished product. This was most notable in the fact that corporate discounts on raw materials have been rejected in favour of staying with smaller, loyal suppliers which served to maintain the essence of the taste profile of the beer. 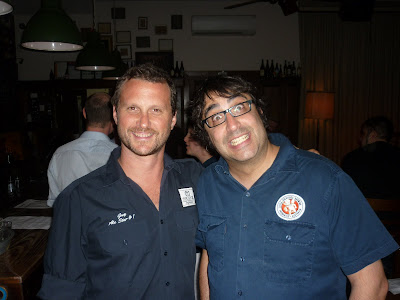 As is often the Ale Stars way, our guest was happy to stay back afterwards and chat to the stayers (whose numbers were thin – GABS?) until the bar emptied. It seems to be a pre-requisite that good beer brewers must be generous with their time and affable and charming all the time. Maybe there’s something in the beer ...?

And one last (and very refreshing) point to finish on. As Alex told us; “We have equipment that can measure alcohol by volume and we can test for colour and carbonation, but we can’t test for flavour. Sometimes you just have to stop and taste the beer.”

P.S. A quick shout-out to Bec who is leaving the Taphouse after being a welcome fixture since not long after the place opened. This Ale Stars was her last and, on behalf of all the members and casuals, I wish her all the best for the future. We will all miss her smile and her ability to seemingly pour three beers at once while ringing up the till, wiping down a bench and clearing trays of glasses all at the same time. Good Luck, Bec. 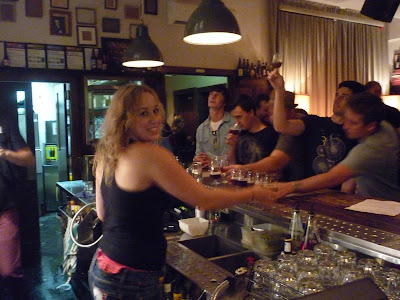 P.S.S. It is categorically untrue that a certain Trivia Team who has been handicapped-out of winning the last five or six quizzes won last night’s only because Justin wasn’t there and Guy didn’t recognise our handwriting. I mean, their handwriting. Suffice to say victory tastes sweet. But not nearly as sweet as that bottle of Sierra Nevada Hoptimum whole hop cone special that was part of the winners’ spoils. 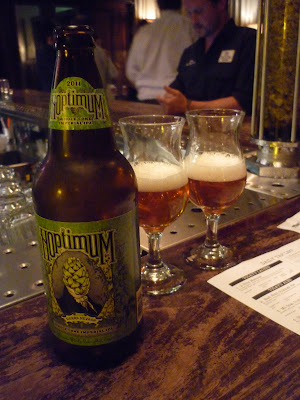 I won't make that mistake again!

Have you seen this little creatures brewery contest?