How would YOU punish a Beer Bastard? 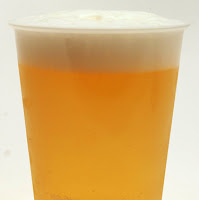 Interesting news from the spiritual home of Australian sport. It seems that in recent times the MCG has been the scene of a crime sneakier than a Shane Warne flipper.

Heralded as ‘footy’s big beer rip-off’ in the Melbourne daily paper, the report deals with the beer vendor at the great stadium pulling some sort of beer scam on the unknowing punters. Now, as this concerns beer, I consider this a serious issue and my attention was immediately aroused. Apparently thousands of sports fans got less than what they paid for.

I read on expecting the worst –that maybe the caterer was substituting Carlton Mid Strength for something of even less character (a neat trick that would be) – or perhaps they were putting cat’s piss in the light alcohol beer. Not likely as (A) Someone would have to have bought one and (B) Someone would had to have noticed the difference.

Maybe the fiends were watering down the brew? Hmmm, unlikely as the Granny Governments punishment for wasting the old H2O would have been deterrent enough for even the nastiest scammer. 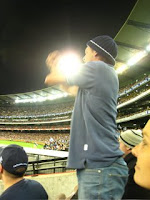 No, I discovered as I read further, this was all about short-pouring. Regular visitors to any of Australia’s major sporting arenas will be familiar with the current practice of ‘overflowing’ whereby the spotty 16 year old on work experience passes the beers to you with such lack of grace that rather than presenting nicely with a fine head of foam, the top fifth sloshes out and presents nicely down the front of your shirt. But this is not what thy have been busted for. No, no. Much worse.

It is stated that these evil short measure pots were used for eight matches before alert staff noticed the difference. That would be the same staff that don’t know the difference between Bourbon & Cola and Bundy & Coke? The same staff who can’t seem to get all the beer you have paid for across the bar to you in one receptacle?

Consumer Affairs Victoria investigators investigated and found that the cups were marked as 425ml but only held 419ml. Our taxes at work. Now how about investigating the reason that we pay about the same amount for one beer at the footy as my American friends pay for a six pack of craft beer. Retail!!! Do something useful, people.

And now to the crunch. How do you punish a company for such a transgression? The potential ‘financial loss’ to those whose beers were short was determined to be $17,989. The catering firm was ordered to donate $18,000 to charity. As you can see, this time the amount was rounded up, rather than down.

And how did this all come to be, in the first place? Well, it would appear that the problem cups were manufactured in Taiwan and the company responsible would ‘no longer be used’ according to a company spokesman.

And the funniest thing for me was this. The cups were made of a special new environmentally friendly plastic! We are going to save the planet by making beer drinkers drink a tiny bit less beer - 6 mls at a time. Global warming strikes again!!

By the way, for those playing at home, the difference in percentage terms between 425 and 419 is actually 1.5. I didn’t work that out myself, I just read the rest of the story now and it was down near the end of the article.
Posted by Beer Blokes at 16:18

Email ThisBlogThis!Share to TwitterShare to FacebookShare to Pinterest
Labels: football

I can understand this issue to a point, but its still a bit silly. In the UK CAMRA have a big beef over short measures, and occationally your in a round and someone will ask you to get their beer topped up. Its a little embarresing. Fair enough if it sa common problem and all the beers are short, but not just the one off!
I have also noticed at more than one wedding at the Sydney Mercure Hotel (near the Airport) that before dinner the beer was Hahn Premium, but suddenly after dinner teh 'Hahn Premium' which was being served suddenly became Hahn Premium lught. This is a bigger sin!
You don't want to get me started on schmiddies!
I think beer glass sizes need to become regulated again - how can an establishment justify charging schooner prices for a schmiddie?

Thanks Tim,
(Just confirming that Tim and the CB are one and the same?) You are spot on. Sure there needs to be consistency in measures and while 6 mls is not the end of the world I realise that any error needs to be picked up. I was just surprised at the 'font page' nature of the story for the degree of the 'crime'.

As to the wedding beer - that's just not right. That's where Consumer Cops need to come in hard with capsicum spray cans filled with warm Fourex and 'mace' the bastards.You can switch Hahn Premium for Cascade Premium - but never, ever, ever premium for light beer.

Finally, for those who don't know, the whole schmiddie thing is a story in itself and I need to do some more research and post a blurb in the near future. It's a change in glassware to a measure that is in between a schooner and a middie - but I don't know all the ins and outs yet. Tim, I might call on you for some info shortly.

Hi Prof. P,
Yes, The CB and myself are teh same person. I actually didn't realise that it was coming up with theculinarybrewer. If I use the email address it comes up as Tim.
Feel free to get in touch when you feel a schmiddie rant coming on!