A Tale of Two Sittings 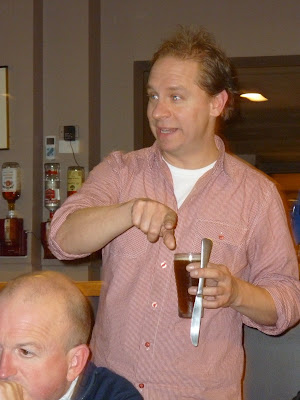 I overheard a comment last week regarding the number of craft beer events on the calendar generally and the fact that there were two sensational Beer Dinners happening on the same night at two separate venues and another just a few days later. The question was along the lines of the following; “Is this the sign of a Craft Beer explosion taking place?”

I think it might be. At the very least, the fuse has been lit.

The obvious problem is the one that arises when you have to choose one event over another. I had this problem last week when The Royal Mail on Spencer and The Local Taphouse in St Kilda hosted Beer Dinners on the same night.

Through the magic of the Wide Wide World of Webs I can provide for you here a review of each night – one drawn from my direct experience and one written by ‘remote control’. See if you can pick which is which. 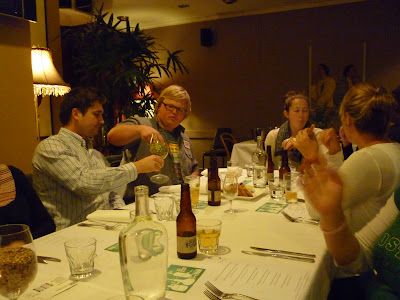 A venue fast gaining a name as a craft beer supporter, this was the Royal Mail’s first crack at hosting a Beer Dinner having had no small successes with Wine Dinners in the past. Anna, Peter and the crew had some pretty decent product to work with from both the Brewery and the kitchen and what they managed to present for their first effort was nothing short of sensational.

It’s a very good sign when you’ve only just got in the door, announced that you’re here for the Beer Dinner and they “Well, you’ll be wanting a beer, then?” That’s a welcome you take straight to the pool room. A Mountain Goat Organic Steam Ale was served with a smile and invitation to “just ask if you need another”. It hasn’t even started yet and it’s getting better already.

Some sustenance was soon in view as platters of ‘Holy Goat’ Sutton Grange Farm cheese on croutons were offered and we took our seats. Dave Bonighton and his ‘Road Goat’, Tom Delmont greeted us and promised to say little while the beer spoke for itself. Over-sized wine glasses filled with various malts and Galaxy hop flowers adorned the tables and Dave spoke passionately about the brewery and its place in the Craft Beer scene in Australia.

This Beer Dinner sat on the calendar where the Royal Mail usually has its “Road Kill” dinner featuring game and those sorts of dishes oft’ neglected by the standard establishments. Our second course gave a hint as to what can normally be expected in the form of Bellarine Yabby Salad, enoki mushrooms and lemon oil. Deluxe! Another Steam Ale set this off perfectly.

Roast Bendigo Squab with roast Congo (purple) Potato and Eggplant was next with the Goat’s iconic Hightail Ale complimenting the flavours and sweetness delightfully. Something of a surprise was the way in which the beer sliced through and yet complimented the smokiness of the paprika-laced eggplant. Tom and I nearly ‘did our necks’ we were nodding so furiously in agreement across the table.

The main course was the one I had been anticipating most as James Smith’s call of ‘Goat-on-Goat action’ was made real. Goat meat is not to everyone’s taste – in fact, most I have spoken to who decried it had also never tasted it! – but I couldn’t wait to see it done three ways. A slab of leg, braised and bathed in a Juniper jus, a bullion of herb crusted and lightly cooked loin and a delectable confit rillette absolutely sang itself off the plate. (James, if you’re reading this now, tell those dribblers at Epicure I can push this shit out week-in, week-out if they need a proper food reviewer!)
The co-highlight of the main dish was the long awaited return (for me) of Fancy Pants Amber Ale which, again, ticked all the Beer/Food match boxes. 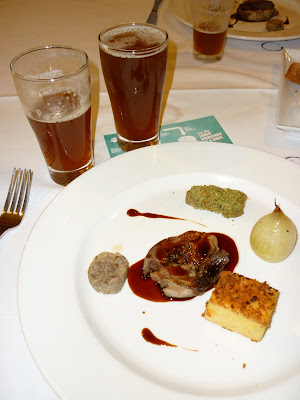 Dessert took the form of a luscious chocolate brownie with choc sauce and the collaborative brew from Mountain Goat and the Wig & Pens’ Richard Watkins, Richard III Doppellbock. Nothing fancy about the cake, it is what it is and this made it the perfect partner. Simple flavours that the Bock could swing from.

We finished with a Bonta Gorgonzola dolce latte cheese paired with the Surefoot Stout. A fitting finish as it showed that a few quiet beers beforehand with the brewer and chat about what flavours and characteristics dominate the brew and a good chef will come up with a winner everytime. I don’t know exactly how many ales the kitchen crew shared with Dave but my guess would be “just the right number”.

I have been to few dinners where every dish just seemed to do exactly what the beer needed it to do and without fuss, muss or too much fanfare. Each of the elements of each of the dishes showed they deserved their place on the plate and nothing shouted over the top of any of the beers. To capture flavours that worked so well with a beer as light as the Steam Ale and as rich as the Doppellbock or the Stout was either the sign of a chef willing to take a bit of a chance, take some guidance from the brewer and trust his talents or the greatest single piece of dumb luck since Steven Bradbury said, “Are you guys OK?”

I reckon it was the former. 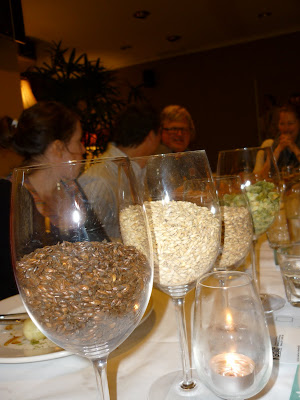 Pete - re Epicure: I'd try but I don't even know when my articles are going to run! Perhaps you could become a food critic on the Crafty Pint...

Was indeed a great dinner. Correct to highlight the Hightail - smoked paprika / aubergine match for its awesomeness. Also thought whatever the crusty flakes were on the polenta kicked the Fancy Pants off amazingly and the ginger in the dessert was perfect for the Doppelbock.

Looking forward to reacquainting myself with the beers on Friday night at the brewery.

It's a shame you couldn't make it to the Royal Mail dinner, Professor... nuts, have I let the cat out of the bag?

As a Johnny come Lately to the Goat dinner (although regular at the Royal Mail) I have nothing but fantastic things to say about the Richard III Doppellbock. What a cracking beer that was for a bloke who'd just eaten a 5 course meal and passed on course 6 (dessert) on the basis of not being able to fit it in. The Richard III Doppellbock was almost the Sticky of beers, I thought.

Very nicely said Prof, thanks for coming along and look forward to seeing you again for a nice beer soon.