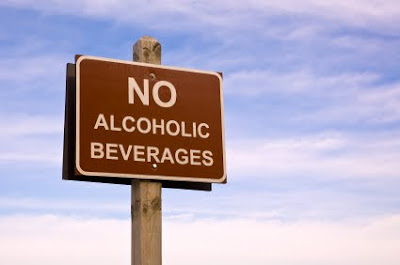 It’s been a while since I had a rational and calmly thought out crack at some do-gooding wowser group who are up-in-arms and whining like a Falcon diff about the evils of drink or some other perfectly legal activity because it is abused by a small dickheaded minority.

The latest ‘Committee for trying Hard to Justify their Government Funding’ is the Australian National Council on Drugs (and think about how ironic THAT is – I’m sure they’re not really ON drugs) has written to every school principal in the country asking them to “reconsider the sale, use and promotion of alcohol products when raising money”.

Why, I hear you ask? Well, I’ll tell you. Because using alcohol to raise funds is using our kids as “couriers” for advertising materials and forms and payments for alcohol. Couriers? Now, I get accused from time to time of being a bit ‘rednecked’ when I use inflammatory language, but ‘COURIERS’?!? We ask them to bring home newsletters, raffle tickets and ‘Creature/Teacher’ interview forms, not stuff boogie board bags with gunga or pack their cracks with dingers full of heroin.

I’ll tell you something for nothing – it’s all you can do to get the kids to deliver the school mail, let alone read the stuff! But even if they did, kids are not brain-dead sponges who are going to take up binge-drinking because Mum and Dad have been invited to the school Trivia Night and are allowed to bring a drink. Is my preppy a wound spring just waiting for the signal to skoll a six-pack of Bourbon & Cola before going to the railway station to throw haymakers at bogans because the School Council has arranged a wine tasting?

Am I missing something here?

Where does it end? If we are bad parents for allowing alcohol to influence the coffers of the school treasury what else can we do? Can we sell chocolates to raise money? Nup. Fat kids. How about raffle tickets? Nup. Short step from ‘3 tickets for $5’ to ‘Honey I Blew The Grocery Money On A Sure Thing at The TAB’. What about hot cross buns? Don’t upset the Muslims. Or the fat kids.

My kids are also asked to bring home all sorts of other non-fundraising information as well. Should I be protecting them for the evils that lurk within? Last week we got a flyer for Grasshopper Soccer and Auskick. I best be alert to the probability that my little ones will be overtaken by the sudden urge to light flares and chant racist epithets or post nudie photos of AFL footballers on Farcebook.

Sometimes they bring home Government sponsored propaganda about tolerance and about alternative lifestyles. Should I be a little bit worried that my girls will suddenly start wearing dungarees and listening to Melissa Etheridge CDs?!

There are two issues I have with this fruitless and no doubt very expensive exercise by the ANCD; First, it wishes to impose on us an environment in which it is deemed evil to associate any mention of alcohol within the boundaries of school fundraising and thus demonise a legal and socially acceptable element of modern human society.

Second, it ignores a very important factor. That school is not a service that operates in isolation from that very same society. School, for most parents, is seen as a partnership. It serves to educate and enable our most precious resources within a safe and secure environment in association with the children’s family. Both teacher and parent have an essential role to play in the child’s education. We as parents can communicate with our kids and teach them about all sorts of things. We dissect issues that arise from classroom discussions or TV news reports or pick over issues we feel are important. We can all make a difference. 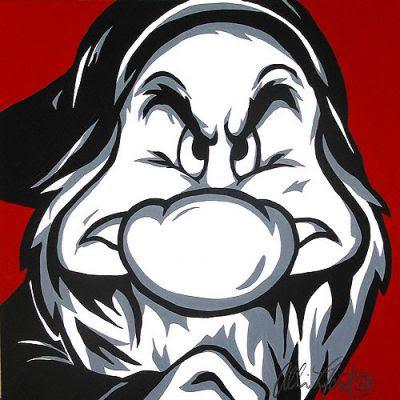 And on that note, I’ll finish this ‘rant’. I felt I had to say something. Let’s attack the problem from the angle of the minority who can’t engage in a meaningful dialogue with their kids and who don’t care if they start drinking at ten years old. But leave the rest of us to live our lives productively and quietly and as a community.

That’s just my opinion and I guess what one person thinks won’t change a thing. But how’s this? The two year investigation that the Australian National Council on Drugs conducted in conjunction with the Australian Secondary Principals Association in order to produce a letter to every school in the country as well as a guideline booklet titled ‘School Fundraising and Alcohol’ ... was prompted by a single letter from one parent.

And, in the words of that great 20th century philosopher, Forrest Gump; “That’s all I got to say about that.”

It's been ages since we've been treated to a quality 'rant'!

I like the point that schools should reflect the values of the community that they are part of. Other than a few religious schools that have a teetotal position, most schools are used by communities where alcohol use in moderation is part of life.

Yes, you are missing something.

The issue is one of saturation and normalisation. The evidience shows that the more children (and adults, for that matter) see of alcohol, gambling, pornography etc advertising, the more normalised it becomes. Thus ads during cricket for gambling odds spoken by the commentators normalise gambling.

Alcohol in particular already has mass saturation advertising in our lives and there is enough already for our kids to see. By allowing schools to advertise this stuff they are simply adding to the normalisation of consumption of alcohol.

I can hear you saying "but alcohol consumption is normal!" and I agree with you - but by creating a saturated environment of alcohol advertising and a culture of drinking, doesn't set a good example for our kids.

You argue that it is a long bow to draw between kids seeing these ads and then getting pissed - I would disagree. The market saturation of drinking - especially drinking to excess (Fevola? The Footy Show? Footy clubs in general) means that kids are already seeing that drinking means getting drunk, and that this is acceptable. By putting more advertising material out there, from somewhere the kid learns from, takes authority from (a school) we are further encouraging the idea that drinking (and therefore drinking to excess) is a normal thing to do.

The difference between you and a kid is that you see Fevola and the other knobs getting smashed and seperate that from the view you have of drinking - that it can be enjoyed without getting pissed and driving your car. The problem is that kids and teenagers cannot seperate this.

By providing these ads, we are just adding another bit of kindling to the fire. It may not be the straw that breaks the camels back and forces our kids into a life of binge drinking as you suggest, however it is definitly a component in reinforcing the idea that drink = drunk and everything that is associated with that.

Alcohol companies know full well that by getting advertising to kids they will increase their market. What better way to get it to kids than from their school.

By allowing these ads to further normalise problem behaviour, kids will think its ok and normal to binge drink, as the school endorses it (as they cant see the difference between binge drinking and having a few quiet ones), there is research on a childs ability to differentiate these issues which backs this up.

I think there is enough advertising for alcohol out there already.

Oh, and as for your couriers thing, I dont think thats (the drugs in the bodyboard bag thing) the reference and connotations the authors intented. I think they meant courier as in courier, deliverer of letters. I think you are being a bit silly with that interpretation of the word, intending to make the authors sound worse than they are.

Mr Bottom Brew (like that!)
Thanks for your response. I take on board the points you made - and I congratulate you on putting them sensibly and thoughtfully.

I guess longtime readers of this blog have become used to my infrequent but robust 'rants' when topics that are close to me come up and some of my points are made more tongue-in-cheek than may appear. Not that I apologise for that at all. I'd rather have an opinion and foster debate than paint my blog beige!

I'll put my response to your comments in the form of a post in the next day or so. If I haven't already done so, welcome to Beer Blokes!

nice rant, if only the PC pushing do gooders would take notice