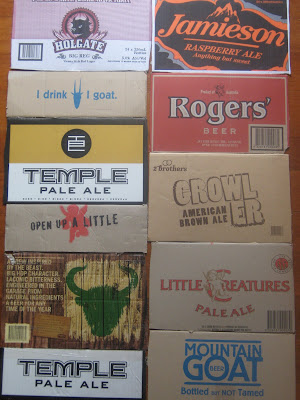 Last Thursday saw the announcement of the Australian International Beer Awards and, in keeping with the awards’ status as the world’s second biggest beer competition, eleven of the fifteen major awards went to international breweries.

The total number of entries was up slightly on last years’ and with a grand total of 1170 beers entered you have to feel that the job of the judges is an arduous and difficult job. I raise a glass to each and every one of you. 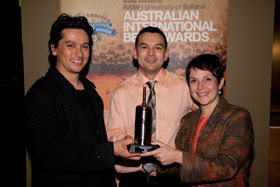 But what of the results? Does the international success tell us that the locals have dropped their game, or that we are resting on our laurels? Hardly. When you consider the volume of beer presented and the high standard of craft brewing around the world right now, Australia’s modest population should be very proud of our place on the world stage. Couple this with the fact that more and more international brewing heavy-weights are sending beers to our awards and you can see that the overall quality is extremely impressive. Again, for the nerds, I’ll list some facts and figures and results. For now, it’s just about the occasion.

Do the brewers love to score a medal in their category or a trophy for best in class? I suppose so. Do they get upset if they don’t win? Don’t think so. The conversations I’ve had this last week with brewers from Australia and New Zealand leads me to conclude that, while awards are nice recognition for a lot of hard work, it’s not ‘why’ they do it. In fact, they are probably as happy for their colleagues who win as they would be for themselves.

Certainly having people at your stand at the Beer & Brewer Expo take a sip of your beer, shake their head and say, ”WOW!” seems to be the real reward for effort. And with many of them offering special, ‘show-only’ brews, there was plenty of that going on.

The awards are a great opportunity for the beer and brewing community to get together, catch up, tell stories and share beer. Do you really need any more than that? It is an event which makes us realise that beer is becoming more widely talked about in this country – not in quite the same hushed and reverent tones that wine is, mind you –and it is distancing itself culturally from the yobbos and dickheads who try to give it a bad name.

Hopefully some of the overseas brewers, in particular some of the Kiwi boys, can get more of their beers over this way. As our collective palate develops and, dare I say it; matures, there is certainly room for them among the quality selection of local craft offerings around.

On a totally different plane, I went through the results (all fifteen pages!) and listed all the award winners that we have on our beer list at work. The total was thirty-two. That’s 32 beers on our list that have won a gold, silver or bronze this year alone. I’m wondering if there is even a single place in the district that can boast having 32 beers in total! I might try to go through the list with our ‘knock-off’ drinks over the next few months.