From the Opera House to the Taphouse

A date with The Diva (Part Two) 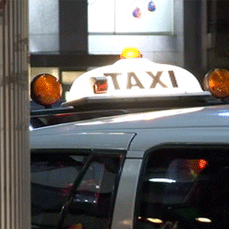 One of the best things about flying interstate is not having a car. This means you don’t have to even think about how much, or what, you can drink. It doesn’t matter where you want to go or how long you want to stay.

Provided, of course, you happen to have a mate in the city at the other end of your journey to get you around and, more importantly, get you back. Even if that bloke has only been in said town for about a month and hasn’t even really been into the heart of the city much at all. You can’t have everything. 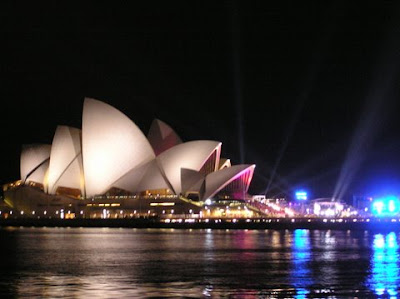 And so it was that we found ourselves on the Sydney Opera House forecourt well rested and very well refreshed after the show. We had already eaten well, having spent the first hour or so of our evening in stately repose at The Lord Nelson (one of approximately seventeen pubs in and around Sydney claiming to be the city’s oldest, it would seem) but this didn’t stop Dr Lager from seeking out something cheap and greasy at Circular Quay. Matt Moran’s Aria restaurant seemed a bit busy so we set off for an all-night kebab stand instead. Besides, we were less interested in three chef hats and more interested in three more pots.

Finding nothing we headed to the bus stop where we proceeded to look like a couple of illiterate foreigners as we attempted to decipher the fifty different timetables. We wanted to finish the night with some good beer. We didn’t want to accidently end up Punchbowl or Parramatta. And while we’re at it, if Sydney has a suburb called ‘Punchbowl’ does it also have six adjoining suburbs all called ‘Cup on a Hook’?

And what’s the best thing for a couple of ‘well refreshed’ blokes lost in a public transport maze? Why, another couple of ‘well refreshed’ people who DO know their way around, of course. He was quick to assist us – which was even more noteworthy as he was simultaneously trying to assist his female companion to stand upright. She was yelling loudly for a taxi and he was insistent on taking the bus.

It’s a funny thing, but sometimes you just connect with strangers and, coupled with a reasonable quantity of ‘good cheer’ in the system, you find yourself striking up conversations that you just wouldn’t have in the cold, hard light of day with people you would normally not even notice. The theatre continued, with the girl further putting her case for jumping into this taxi, while the bloke cleverly countered with well constructed and thoughtful counter-arguments like; “No, that’s a street sweeper, not a taxi.”

We joined in by noting that the bus was roomier, knew where it was going and was less likely to smell like the kebab shop we were unable to locate earlier. She became more adamant that a taxi was the go for speed and efficiency – although those were not the words she used. I don’t think. I pointed out that the taxi was just about the destination, whereas the bus was all about ‘the journey’. Dr Lager pointed out that the bus was a metaphor for community and society’s struggle to seek meaning on a freeway of universal connectivity in order to find an egalitarian solution to the human condition. I couldn’t argue with that as I had absolutely no idea what he meant.

I swear you’ve never seen a funnier sight than this philosophical discourse being played out just a short drunken stagger from Sydney’s premier venue for culture, performance and thought. As we continued giggling and prepared our next wittily constructed argument a taxi pulled up, at which point ‘Busman’ realising that ‘Taxi Girl’ was not about to get any cleverer with her next retort raises one hand, grabs the girl with the other and bundles her into the cab! Well, this was unexpected and Dr Lager and I were not about to let this betrayal slide without comment.

“Busman! You sell-out! You used to be about ‘the journey’, man, the jouuurrney!! Don’t give in to the corporate machine! Don’t let them take your soul! We believed in you, man. Don’t judge your life by the dollars on a meter!! We believed in you!! We’ve never wanted to get on a bus more than we do right now!! What’s to be of us? What do we do?!? Can we not believe in anything ever again?!?”

As the taxi pulled away our spirits fell, our beliefs shattered. The cab stopped at the traffic lights ten metres away and ‘Busman’ opened the taxi door. “Do you blokes want a ride?”

“Shit yeah!!” Couldn’t get us in the cab quick enough!

They were on their way to Bondi Junction and we were on our way to anywhere even close to the local Taphouse in Darlinghurst. The cabbie turned and asked which direction that was, roughly. Four arms held pointed fingers in four different directions and the game was on again! It was at this point that ‘Busman’, having settled his partner down and convincing her of the merits of a good night’s sleep, came to the realisation that she was now up for a continuation of her night out at ‘this locally tappy-house place, thank you driver’. 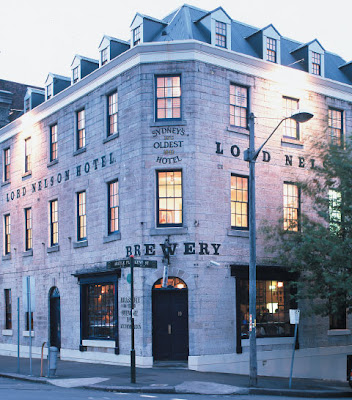 In yet another instance of Beer Karma, it was revealed that they had started their night in The Lord Nelson as well, although they had left before we had arrived and had also visited one or two other fine establishments serving brewed alcoholic beverages in between that time and when our two paths eventually crossed.

‘Busman’ pointed out that Darlinghurst was a short walk to the right of the next intersection and the taxi obligingly stopped the cab diagonally across the centre of three outbound lanes to let us out. As quickly as the adventure had begun, it was over (although it took the three of us, with some help from the cabbie, to stop ‘Taxi Girl’ from getting out as well) and we lobbed a twenty to ‘Busman’ – as much a ‘thank you for the show’ as it was a contribution to the fare.

We set off in what we hoped was the right direction to the Taphouse. I still have no idea where we were but for those who know Sydney it was in a part of town that seems to discriminate and exclude like nowhere else in Australia I have ever seen. I tell you, in every pub and bar we walked past; there was not a single, solitary woman to be seen? I mean, really, how can you run a place in this day and age and NOT let girls in? What kind of pubs were these? And was this little bottleshop a franchise of St Kilda's Dick Whittington drive thru, The Dick Liquor?

We set off down the next road past a funny looking hardware shop called ‘The Tool Shed’, stopping briefly to look at the various fashions displayed in shopfronts and on past ‘The Flesh Pot’ . Dr Lager asked if I could see myself in any of those outfits, to which I replied;

“If I wanted to get around in gear with holes in the arse, I wouldn’t let Mrs Pilsner throw out my old, worn out undies”. We rounded another corner (I think) and saw the glow of the lights coming from The Taphouse doorway.

But that’s another, other story.

Bloody hell - I think we'll all be needing a drink by the time you get there!

Don't you see? It's all about the journey! In this case it was as much about getting there as it was drinking when we got there!

... I just can't let go an opportunity to pay you out.