Nice, but where’s the beer? 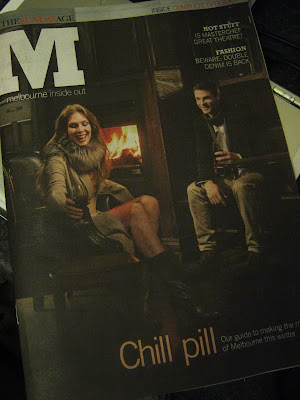 After a late finish on both Friday and Saturday night I was looking forward to a lazy Sunday morning with no real obligations.

All was well with the world, my Melbourne Storm had posted a (pointless) win against the Raiders up in Canberra the night before and my Hawks, though struggling in recent weeks, were drawn to play Richmond later in the day and the game was being shown live. There was reason to believe we wouldn’t break our five game losing streak as the Tigers had shown solidarity with the Storm boys and were committed to playing out the rest of the season for no points. The lawns were mowed and the house was clean and the girls were going out during the day.

I sorted through the papers, plucking out the sport sections, opinion bits and the magazines, chucking out the real estate, cars guide and travel section. I live in a house, I just bought a new car and, therefore, I can’t afford to travel.

I picked up the M magazine and scanned the cover. “Hmm, that poncy-lookin’ bloke wearing the scarf indoors looks a bit of a knob but something seems ... familiar.” And then it hit me. “The poncy knob with the scarf is sitting in my Ale Stars seat! At The Taphouse!! In St Kilda!!!”

I raced around the house for a bit wanting to show everyone the picture until I remembered they were all out so I sat down with my coffee (I don’t drink beer ALL DAY! Ha) and had a better look. Then something else hit me. This bloke and his female company are both drinking red wine! In what might easily be argued is the country’s finest BEER BAR! I forgave this oversight as I figured it was just for the front cover so as not to scare off all those turtle-necked unemployed academics from buying the paper and scooted ahead to page eight. 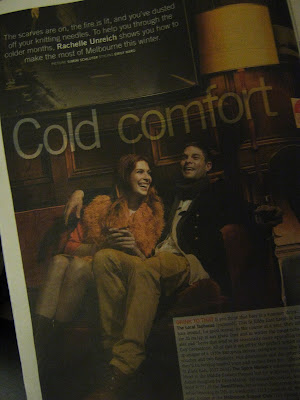 “Now these bastards are sitting on the comfy couches under the big beer poster, with yet more red wine, still no beer and now they’re LAUGHING! They’re MOCKING US!!” To add insult to injury, the copy is trumpeting the beery virtues of The Local Taphouse as “one of the best beer bars around ... all set off by the perfect winter retreat.” I tell you now, if those freeloaders are still sittin’ in my seat tonight night the wine won’t be the only thing that’s red!

Seriously, though, it was some great exposure and a really nice photo and nice words and the guys at The Local Taphouse must be chuffed at the beautiful depiction of their heart and soul.

But extra seriously – next time put a beer in his hand or I’ll have to come down and ‘tighten his scarf’ for him. 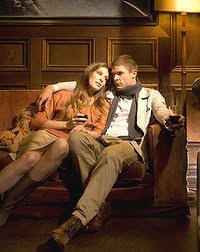 Email ThisBlogThis!Share to TwitterShare to FacebookShare to Pinterest
Labels: humour, The Local Taphouse

maybe a bit of photo-recreating, plus beer of course, tonight Prof?

I agree Prof. We asked if the models (at least the guy) could have a beer instead of wine but it didn't work for them.. Still, nice publicity.

And about sitting in your chair: because tonight is going to be so busy, we're double banking - everybody has to have someone sit on their knee!

Ben, you read my mind perfectly. I thought about me in place of the bloke and , hmm, maybe Simon Collard or Kelv? All with big Franziskaner Weizen glasses!!