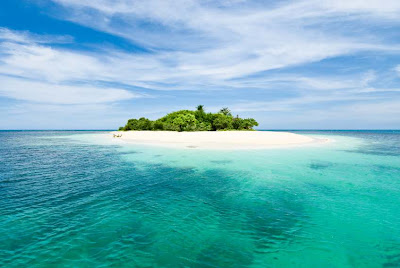 At January’s Ale Stars at The Local Taphouse, Shandy, Chris and I got chatting at the bar afterwards to Kelv and Steve, two first time Stars. Kelv posed the question; “Choose three beers – any three – but these are the only beers you can have for the rest of your life.” Just like that.

This is that variation on your top ten albums (CDs for you Gen Xers and MP3s for the Gen Yers) to be stuck with on a deserted island or picking three chicks in a variation of the pub game; Who Would You Do? Any three beers – but that’s it.

I’d be interested to hear how our readers would go about this as there was a great deal of variance in how our participants took to the task. It’s all hypothetical and not restricted by the boundaries of reality so you can have bottled or kegged, chilled or cellar temperature – the island can cope with anything. Don’t take too long to nominate your stash, and don’t let anyone second guess you. Nor should you worry too much about your decision. It’s meant to be fun.

I went with the thinking that forever is a really, really, really long time so I would need three very different beers – not necessarily my top three favourites. I went with a Moo Brew Hefeweizen thanks largely to the fact that the brewer, Stuart Ritchie gave me a four pack when I visited and a fresh-as-fresh hefe first thing in the morning was an absolute delight. So there’s my breakfast beer sorted out.

I figured on having to choose another nice ‘meal’ beer – something with body, flavour and complexity for all those occasions where sustenance is more important than refreshment or for palate cleansing all those coconut cream pies that Maryanne would be making for me. (Yep, she’s one of my OTHER three) I narrowed my field down to a handful including a Grand cru from either Murray’s or Hoegaarden, a Red Hill Temptation Belgian ale – but then I remembered what I would choose as my third and changed my mind completely, going with a Bridge Road Brewers Pale Ale. I couldn’t go long without a Pale Ale. There’s lunch sorted.

Number three was a Weihenstephaner Pilsner – long time favourite and a great beer for lots of occasions. Just what occasions I’d be hosting on my deserted island, I’m not quite sure, but, you know ... you never know. Maybe Debbe Dunning (Heidi, the 2nd tool girl from Home Improvement) would turn up for dinner one day. (She’s ANOTHER – not giving away the third!) 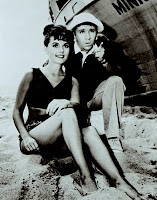 It’s a more difficult task than you’d think and it’s perhaps as hard to pick the ones to leave out as it is to pick ‘the ins’ Drop us a comment with your three.

I'm going to start with Corona as it's the easiest to drink in the 40 degree heat on my tropical island.

Crackenback Pale Ale for the cooler afternoon sessions and to wash down my endless supply of T-Bones.

Finally, Carlton Draught tinnies, cause there's no glass allowed on the fishing boat.

Hmm, Fuller London Porter (cask only) as it is my favourite beer, BrewDog Punk IPA as its the most refreshing beer ever developed and comes in bottles for convenience!and coopers pale ale as a good session australian sparkling ale is a must.

If I were to answer this again tomorrow I would have three different beers!

Like Tim though, if you ask me tomorrow I'll have a different three! And it'd be Cheryl Cole serving them to me.

I thought this might happen! I actually had three different beers ten minutes after I settled on the "ultimate must-haves"! Tim, I picked up a Brew Dog IPA last week - it's now cracking tonight with dinner. It's on;y going to get to 33 degrees here in Melbourne today. Is that ht enough for a Scottish IPA?

Mark, welcome to Beer Blokes. The freshest London Pride we can get has been to Belgium and then the States before landing here so I can't even begin to imagine what the real hand pumped thing tastes like. I'm going to look up the Thornbridge beers - Imperial Stout is taking off over here, but maybe not in this weather! Will have to 'Google' Cheryl Cole but, until then, I'll take your word for it.

Moses, interesting choices! Hmm, one's a bit flat, the other one a little bitter for me and not enough head from the last. The beers were all valid, though. Especially the no glass in the boat' rule.

BB, I agree that Heather Locklear is a little flat, but I was trying not to hold that against her.

Spot on! I figured you'd guess which one was which. Mitchell Johnson must be on a minimum Cricket Australia contract if those scarves his missus was wearing last night are anything to go by!

Johnson's missus, Jessica Bratich, is Australian Karate Champion... so I'll let you tell her about the scarf...

BB, if you were referring to the women, which one did you mean here:

not enough head from the last

Hmmm, she knows a bit about karate does she ... that was just a typo!

London Pride via Belgium and the States?! Blimey! If you ever get the chance try it from the brewery tap - it's a perfect cask pint IMO.

Thornbridge are an exciting new English brewery and they are doing some great things!

How did you find the BrewDog IPA? I love that beer - the Thornbridge Jaipur IPA is very similar. I recently did a food and beer tasting piece for BrewDog, it's on their vblog now - there's more coming too.

I'm tempted to change my list already, but I think it's a good practical choice! Maybe I'll put the St Petersburg in a bourbon barrel and take that instead.

Brew Dog was spoted at Cloudwine Cellars (see Slow Beer in my blog roll) and I have't seen it anywhere else. I'll contact them and see if they have any others. I also picked up some Deuchars IPA recently - much 'milder' than IPAs we have grown used to but nice just the same.

The bourbon barrel sounds a good idea - will Innis & Gunn go you for copyright infringement?!

Deuchars is pretty good, calling it an IPA is a bit dubious IMO. But then IPA is a style which has taken off in a thousand different directions! The Punk is very much an american-style IPA.

I don't think I&G will mind the barrel aging - most breweries are doing it now!! And a lot better than I&G!

I had a feeling the Deuchars was going to be 'different' when I saw the low ABV%. Having said that, it was not a bad drop. At (AU)$2.49 and 'Buy two get one FREE' the price was OK too.

I had the Punk IPA and was left a bit flat. Literally! Is it supposed to be very lightly carbonated with no head, or have I found a dud? I noticed the best bfore date was 7/7/09! After I poured it!! It must have stopped over for a holiday on its way over!

You may have got a bit of a dud with the punk - it should have a decent amount of carbonation in it. Grab another bottle and try again - I've been disappoined by 'flat' beers before only to try them again and be very impressed.

Young's Ordinary Bitter, Orval and Samuel Smith's Taddy Porter. I'd need a cave to lay the Orval down for a bit though.

Good to have you on board, Alastair.
Fortunately for us all, the desert island is like a Beer Fantasy Island and anything is possible.Little ambr coloured oompah-loompahs ar there to roll barrels and kegs around and an even shorter little Tattoo greets the planes that regularly drop the girls in for a treat.

You've gone for some nicely flavoured beers and yes, there are penty of cellar caves to age the Orval in!

Good to find another Australian beer blog - will add you to the roll.

James Squire Golden Ale.
Fischers Beer D Alsace.
Spaten! Is this a beer? No, this is SPATEN!

Ahh! A fellow Prof! Welcome.
Squire Golden Ale is an inspired choice - chilled and fresh it is a cracker for the end of a long hot day, or a great companion to lunch of fresh-caught wild boar on the spit, and mellow enough to have as a night-cap. Spaten is a beaut and I'll have to do some research on the Fischers.

I had some trouble getting to your site - will add you on once I get there.

Fischer is a hard one to get. Pretty much only sold around the French-German border. Comes in brown grolsch style swing tops and is the perfect thing to wash down the food from there (pig in all forms).

Regretting not having space for the Little Creatures Bright Ale. Generally not a fan of the LC stuff but had the bright ale on tap (somewhere in the rocks) and it is tasty.