I’ve had my first one! 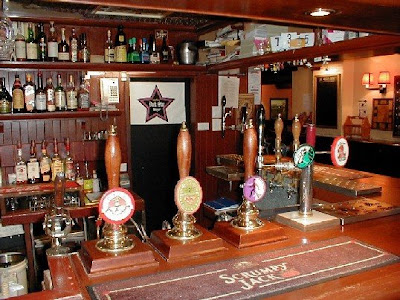 Yes, it’s taken over twenty years of beer drinking but I’ve finally broken my duck.* I have enjoyed the refined pleasure of a proper, cask conditioned, hand-pulled real ale. And, as with every new experience, it had it’s ups and downs.

The delights of Canberra – which I can only assume is an Aboriginal word meaning “lots of roundabouts and stuff-all else” – are best summed up by Bill Bryson is his travel-novel Down Under (available at all good bookshops and immigration detention centres) when he says;

“In 1996 the Prime Minister, John Howard, caused a stir after the election by declining to live in Canberra. As you can imagine, this caused an uproar among Canberra’s citizens, presumably because they hadn’t thought of it themselves.”

For those who haven’t been to Canberra it is just like a really, really, really big park with some government buildings scattered around an ornamental lake, some nice monuments/memorials/museum-y things and lots and lots of roundabouts. That’s about it.

Fortunately they also have a very nice little brewpub which opened in 1993. The Wig & Pen is a cracker, a little hidden gem in the ‘city’ which brews its own full flavoured ales, four of which are drawn through hand pumps, and other styles to boot. Brewer Richard Watkins oversees the production of plenty of award winning ales in equipment picked up in the early nineties from a Sydney micro that went tits-up. As Willie Simpson notes in The Beer Bible, having stayed open for so long is something of a rarity in craft beer circles. Having done it in Canberra is even more noteworthy, I would add. 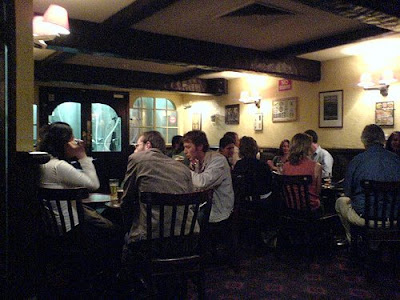 I chose the Wig & Pen Pale Ale as my introduction to real ale and I have to say that I can kind of get a feel for what those British types get all gooey over. There is something about the drawing back of the pump handle, the hissing as the beer makes it’s way towards the font, the expectation of the first draught then the little dip in the middle – the bit where you think you’re only getting a half – then the dawning relief as the process is repeated and the glass fills. Probably all sounds like a bit of a tug to those brought up on this bar theatre but for a lager-bred, beer-in-stubbies bloke who has never had the pleasure, so to speak, this was the realisation of a longing. And, a bit like a first sexual awakening, I couldn’t help thinking how much nicer it would have been to have someone there to share it with me.

I am guessing, based only on several years of drinking British beers from bottles, that this pint was a fine example of a cask conditioned, hand-pulled real ale. If nothing else, it is a – dare I say it – a ‘tick in the box’ on the list of beer-things I must do before I die.

* To 'break one's duck' is to claim a personal first. From the game of cricket in which scoring one's first run of the innings is to prevent one from scoring zero, or 'a duck' which, in turn, is from an expression relating to the fact that a zero on the score sheet looks like a duck egg.
Posted by Beer Blokes at 12:08

You went to the Wig and Pen on your own?

I didn't know Canberra had a casino car park within which you could leave a Foops.

Actually, the Casino car park is a difficult place to leave a 'child' - for the following reasons;

1) Did not have car
2) Had enough difficulty trying to find a pub, let alone a car hire place
3) If I did have a car, mine would have been the only car in the Canberra Cash-in-o car park, thus leaving it to stand out like a third ball on a racing dog.
4) Was able to leave the eldest little Pilsner at the hotel due to very competent babysitting service provided by local rural TV station - Simpsons Mega Marathon.

Heh, Wig and Pen is the only reason why I would actually go to Canberra (apart from my family :P)

And btw LambsGoBar do have cask hand-pumped Bronze ale from 3 Ravens, which is always great to drink.

Royston sometimes have hand-pumped Holgate ESB or Winter Ale, well not sure whether they still have it lately.

I'm glad to see that your family is at least in the top two! Would love to have spent more time at the Wig - there is a whole post to explain that one!

I knew the LambsGo had a 3Ravens but I thought it was a keg with a hand pump. Will have to use this as an excuse to get over there (invitation to Hendrix Guitar Solo).

I think that Holgate's also have a real, imported English-type hand pump/engine that they use but I'm not sure of that one.

Bells Hotel/Brewery in South Melbourne had their "Pop Bells" pale ale on hand pump last time I was in there. (September last year) A very fine drop it was too; along with their keg beers.

Thanks for the tip Ian,

Another 'Beer Thing I must Do' to add to the list. Seems that there is more to this real ale/cask/had pump caper than I thought. Don't tell me I didn't need to go all the way to Canberra (and ... go to Canberra) after all?!?

Hendrix Guitar Solo would love a return trip to the LambsGo Bar.

Roving correspondent DamoPedro is back in town - well, Bayswater, at least - and may be keen too. Of course, he'll have to contend with Crosstown Traffic...

Well it's better to go Cross town than Cross country. I'd definitely be keen to check out this Lambs Go Barrrr place. Surely there are more pubs than just this one in Melbourne that'll serve up a real ale. I wonder if they'd let you hand pull your own pint if you asked nicely?