Beer retailer put to the Sword 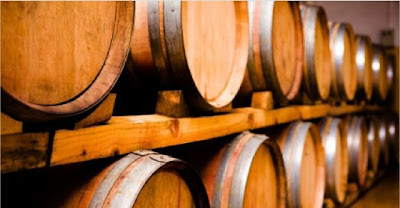 This blog has always tried to support the retail side of the craft beer scene – afterall, without retailers getting the product out there, it’s all a bit hard, really.
One of Melbourne’s best, and long serving outlets, Sword’s Select, recently had the following message on their website’s homepage;
We have been categorized as a high risk operator and consequently penalized with a risk fee of $4770 per location on top of our normal Liquor License fees purely because we open before 9am. Our packaged Liquor Licence fees have increased as follows;
• South Melbourne Market $1686.20 to $6360
• Queen Victoria Market $1686.20 to $6360
• Clifton Hill $249.90 to $1590
• Prahran Market $500 - $1590
Now, those who have been to The Queen Victoria Market or the South Melbourne Market will know that they are a vibrant and essential commercial and community hub. The ‘feel’, the hustle and bustle, what Darryl Kerrigan would describe as ‘The Vibe’ – it’s what drives the market.

And I’m not sure that Swords can really be seen as a threat to law and order and public safety and binge drinking because they open before nine in the a.m. does the Liquor Licensing Commission really think that potential pissed idiots are going to stagger into the market and load up on Weihenstephan Hefe Weissbier Dunkel at five bucks an each, or are old winos going to sneak in for an early opener of Beattie 06 Cabernet Sauvignon from the Yarra Valley at $239?!? Spare me!!

Support your local (or, as in my case, not-so-local) good beer retailer and let your local member know that we simply have to stop this habit of dumbing everything down to cater for the lowest common denominator.

What a frustrating thing. Sometimes when I hear stories like this it really saddens me. It is usually a board of people that really don't have a clue, they only go on perception.

It is a lot like our liquor board in my city. We have a group of people trying to open a brewery/pub but can't get the board to allow them another license. I've heard that the board thinks there is to many bars as it is. However, all these bars are owned by a group of people in an association that lobbies locally to prevent new licenses from happening.

Sometimes I feel I have no options to help change things. I feel a need to look into though and at least write about. So I appreciate you taking that stand as well.

"From little things, big things grow" ... so goes the song. There's not much we can do to stop self interest but at least we can try!

At least if everyone who feels that the situation is wrong can have a voice to say so, then we're on the right track.